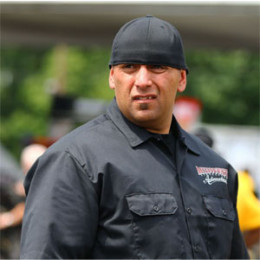 American TV personality, Justin Shearer aka Big Chief rose to popularity after starring Discovery Channel's show, Street Outlaws. He was interested in racing right from the very early age. He is a married man and is a proud father of his two sons.

Justin Shearer was born on 9th December 1980 in Louisville, Kentucky under the birth sign Sagittarius. Shearer is American as per his nationality and is of White ethnicity. His parents raised him with his siblings. 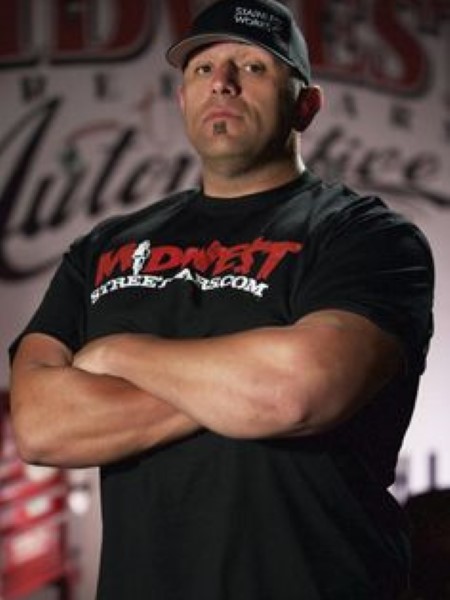 Shearer completed his schooling at Louisville High School. During the childhood, Shearer used to train horses with his mom and also used to work on cars with his father.

From a very early age, Justin Shearer was interested in racing. At the age of 9, he picked the sport of street and decided to make his career in the racing. In 1992, he with his family moved to Oklahoma from Kentucky to pursue his career in racing.

Shearer's passion towards racing started to grow along with his age. He then started working at a gas station.

Shearer eventually rose to fame after starring on Discovery channel's show, Street Outlaws on 10th July 2013. As of 2018, the show is running its 10th season. The show focuses on giving the street racers a chance to showcase their talent. 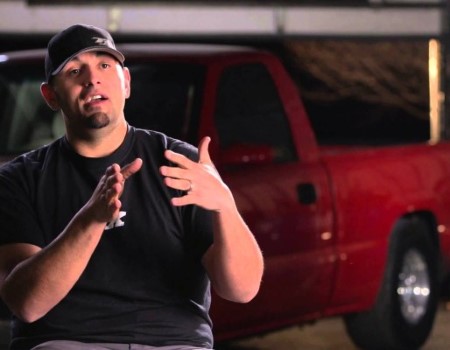 Due to the popularity of the show, he started being known as ''Big Chief'' rather than his own name. Shearer also runs the street race, The List due to which he is listed in the top 10 best street racers in Oklahoma City.

After working hard, he customized his dream car, 1972 Pontiac Le Mans and named it as, The Crow.

Justin Shearer was a married man. Shearer was married to his longtime girlfriend named, Alicia Shearer. His former wife is currently working as a respiratory therapist. The couple met for the first time in a gas station while Shearer was working over there.

He stated after asked the question about their first meet,

‘’ I met my wife Alicia when she came into the full-service gas station I worked at when I was 18 years old. I instantly got nervous and I knew that I would have trouble with this girl... and I was right. I've been in trouble since that day!.’’

After dating for several years, the couple finally tied the knot on 29th September 2006. The wedding ceremony in an intimate ceremony with the presence of limited guests including the families, close friends, and relatives. The couple welcomed their two sons named, Corbin Shearer and Covil Shearer.

Apart from this, the pair with such an amazing bonding was rumored that they are getting a divorce in 2017. Some sources even claimed that the reason behind their separation is Shearer’s extramarital affair with Jackie Braasch.

Recently around March 2018, Justin announced he split with his longtime wife Alicia Shearer. He refused to reveal the details of their divorce.

The only concrete information remains the rumors were true. His new girlfriend is, in fact, Jackie Braasch. However, Shearer insists he met he began dating her after his divorce, claiming the earlier accusations to be false.

The famous TV personality, Shearer is fond of the energy drink named, Monster without which he almost could not live as per him. Apart from racing, he also spent much of his spare time in powerlifting and training in the gym.

Justin Shearer, 38, has the height of 5 feet 6 inch (1.7m). He has an impressive estimated net worth of $2 million. He is also collecting a good amount from his show aired on Discovery Channel.

Apart from the show, Shearer owned a Midwest Street Cars Automotive with his fellow, Shawn Ellington. With the earning, he owned his first car, 1972 Pontiac Le Mans worth more than $17k.

On 29th September 2006, Justin Shearer married to his longtime girlfriend, Alicia Shearer, respiratory therapist. The pair met for the first time in a gas station while Shearer was working there. After years of their marriage, the couple is rumored that they are going to divorce soon.

Covil Shearer is the first child of Justin Shearer ana Alicia Shearer who was born in August 2011. Cj is his nickname given by his parents.

Several months after the birth of the first child, Justin Shearer and Alicia Shearer again welcomed their second son and named him as, Corbin Shearer. He is the younger brother of Covil Shearer.