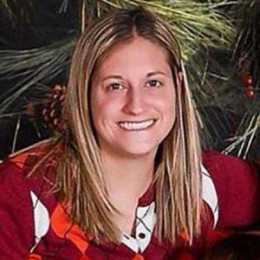 Famously known as the ex-wife of a racer, Justin Shearer, Allicia Shearer worked as a respiratory therapist at Integris and ISMC. The duo, however, split apart later.

Allicia Shearer is currently single. Previously, she married her longtime boyfriend Justin Shearer who is a television personality and street car racer.

As for Justin when he worked at the gas station, he met Allicia for the first time.

“I met my wife Allicia when she came into the full-service gas station I worked at when I was 18 years old. I instantly got nervous and I knew that I would have trouble with this girl… and I was right. I’ve been in trouble since that day!”

Allicia even mentioned that they met in 1999 and later got engaged and finally tied the knot. Moreover, the duo shares a good relationship and positive vibes after meeting for a while. After knowing for a long time, they exchanged engagement ring in 2005. They tied the knot on 29 September 2006.

The couple shares two sons Corbin Shearer and Covil Shearer. She gave birth to her first son in 2014 and the second son in 2016. The family of four lived a happy and prosperous life for a while.

Allicia Shearer with her husband and kids,
SOURCE: WikicelebInfo

But it was short-lived as the pair separated after 10 years of togetherness. Their 10-year marriage moved into a bad phase when Justin had a relationship with Jackie Braasch who is an official member of Car Chix.

Following this, Alicia filed for divorce, they officially split in March 2018. At the current time, Justin and Jackie are in an open relationship.

How much is Allicia Shearer's Net Worth?

Allicia Shearer possesses an estimated net worth around $1 million. Similarly, her annual salary estimated around $55K from her professional career.

On the other hand, her ex-husband Justin Shearer holds an estimated net worth of $2 million. He is a famous TV personality and appeared on Street Outlaws alongside Shawn Ellington.

Alicia Shearer was born as Alicia Leigh Howard on August 18, 1980, in Yukon, Oklahoma, United States. She holds an American nationality and belongs to white ethnicity.

Moving towards her childhood days, her parents raised her in Oaklohama state of the United States. Allicia began her schooling in Yukon High School. Afterward, Allicia attended Community College and completed her education in 2006. 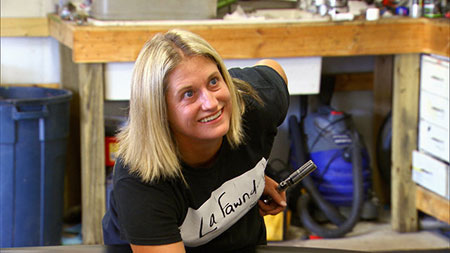 Following her graduation, she worked as a respiratory therapist and also employed at Integris Southwest Medical Center.

Allicia Shearer stands with perfect height and a perfect body. She has a pretty face with sparkling eyes. Her eye color is dark brown and hair color is blonde.

Justin Shearer is known as ‘Big Chief’, an American television personality. At present, he works at a place called Midwest Street Cars as part of the series.

Corbin Shearer is the son of Allicia Shearer and Justin Shearer. He has one brother named Covil Shearer.

Covil Shearer is the son of Allicia Shearer and Justin Shearer. He has one brother named Corbin Shearer.