Jacob Elordi is an Australian actor who came into the limelight by appearing as Noah Flynn in the Netflix romantic drama movie, The Kissing Booth. He got his breakthrough role in 2015 when he was cast in the short film Carpe Liam. Elordi's upcoming projects include movie The Mortuary Collection where he will appear as Jake and in the awaited series Europhia.

Jacob Elordi was born to John Elordi and Melissa Elordi on June 26, 1997, in Brisbane, Queensland, Australia. He grew up in Australia with his siblings Jalynn Elordi and Isabella Elordi. For higher studies, he attended St. Joseph's Nudgee College.

During his enrollment in the college, his interest in acting grew and started performing in theatres. He is residing in Los Angeles, California while his family lives in Brisbane.

Jacob Elordi debuted in the entertainment industry in 2015 from a short film named Carpe Liam. The following years got cast in movie Max & losefa as Max which he wrote as well. He was cast as an uncredited character of St. Martins Marine for hit movie franchise Pirates of the Carribean: Dead Men Tell No Lies which was his first big-screen debut. Elordi was seen in the Seussical production Cat in the Hat, where he performed a musical. 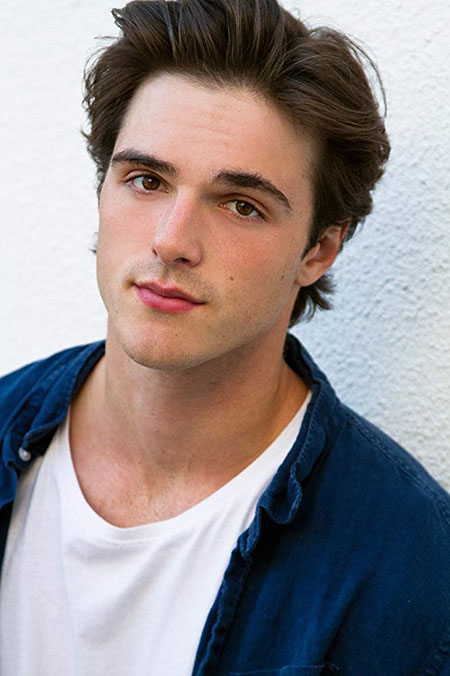 In 2017, Elordi appeared in an Australian comedy movie, Swinging Safari portraying Rooster. But the role that led to his immense fame is when he was cast as Noah Flynn in the Netflix American Romantic comedy movie, Kissing Booth alongside Molly Ringwald, Joey King, and Joel Courtney. The movie premiered on May 11, 2018.

His upcoming movie is a horror genre The Mortuary Collection where he is set to appear portraying the role of Jake whose release date is not confirmed yet. In the movie, he will appear alongside Barak Hardley, Brennan Murray, and Emma Horvath. He is even said to cast in the upcoming HBO series titled Euphoria with other popular actors like Zendaya and Storm Reid.

Jacob Elordi is estimated to have a net worth of $500,000 which he earned from his association with popular movies. His net worth is set to increase in the coming years as his upcoming projects seem to be huge.

Jacob Elordi is currently in a beautiful relationship with a co-star from his 2018 movie The Kissing Booth, Joey King. They first met during the movie shoot and came closer as they hung out a lot.

Eventually, they started to have feelings for each other and started dating. Elordi and King are couple goals as everyone is shipping their relationship. We can see their strong chemistry in the movie as well. 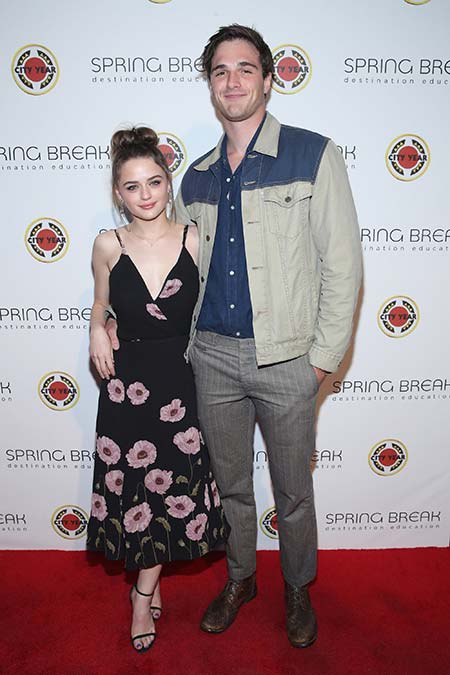 He might be just in his early 20s but he isn't afraid to show his strong side. Elordi and Joey were part of the March For Our Lives protest and their involvement was profitable for the protest. He even marched for Gun Reform to help stop gun violence.

Elordi learned to ride a motorbike when he was filming his 2018 romantic movie The Kissing Booth as he is seen riding a bike in the movie. He is a huge fan of legendary actor Heath Ledger and often talks about him in interviews. Elordi reveals he gets inspired by some old-school actors like Marlon Brando and James Dean.

Besides acting, Elordi is an aspiring photographer as well. He usually posts some of his amazing works in his Instagram account where he boasts a whopping 4.1m followers. Elordi is a Boston Red Sox Fan. He is always thankful to his fans and keeps his fans informed about everything.

Elordi is a tall guy who stands tall with 6'4 feet and weighs around 74 kilos. He is an attractive guy with white toned skin and brown eyes & hair.