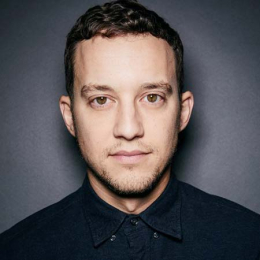 American actor, Jacob Zachar is a well-known Hollywood actor better known for portraying the role of Russell on the ABC Family TV Series named Greek. He is also famous for appearing in the films and television series like Drunkboat, Detention of the Dead, CSI: Crime Scene Investigation and  Little Big Top.

Jacob Zachar is currently married to his long-term girlfriend Brittany Saberhagen. The pair shared their wedding vows on Saturday, May 25 of 2019 in Los Angeles following their five-year-relationship. The bride wore a BHLDN Anthropologie gown at the wedding which was held at the picturesque Triunfo Creek Vineyards.

Jacob and his spouse first met at a mutual friend's house party, however, all things started after a couple of years when the reconnected on social media. Zacar said,

"Brittany put out a Facebook post asking actor friends if they had any Oscar screeners she could borrow."

"I told her,' Come on over, I got 12 years A Slave. I invited her in and she asked me where my girlfriend was, and I said I told her to kick rocks. Her eyes lit up and said we should go for a drink."

"About a month later she messaged me, 'How about that drink? We headed downtown to Seven Grand Whiskey Bar for pool, whiskey, and live music. She played the best pool of her life, we won some doubles matches against some strangers, and danced into the night. Five years later here we are!"

Zachar's future wife revealed about their engagement news in a social media post by sharing two photos of the couple. Further, she explained that the couple was heading towards brewery on Friday afternoon to drink some beers and celebrate after Zachar proposed his fiance. Further, they shared the engagement ring in May of 2018.

The actor is currently out of any dating rumors and media controversies. In fact, he is currently celebrating his marital relationship and may soon go to his lovely honeymoon. Additionally, he is an active person on social media and often shares posts regarding his personal life from time to time.

What is the Net Worth of Jacob Zachar?

Jacob started his acting career in the film industry by working in the 2006 American comedy film named Litte Big Top. Since then, he appeared in a number of films including Bodega, Drunkboat, Detention of the Dead and many more. Besides, he also worked as a voice actor in the 2007 American computer-animated film named Surf's Up.

Jacob Zachar is currently married to his long-term girlfriend Brittany Saberhagen. The duo is together from a couple of years and shares a very good bond.