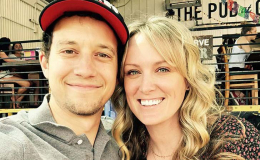 'Ordinary Lovers' actor Jacob Zachar's recent news about marriage with his long term girlfriend Brittany Saberhagen is boiling up the internet. They have enjoyed quite a long relationship before making this huge decision.

"Detention of the Dead" actor Jacob Zachar has always stayed in the media light with either his work or his sweet romance with his girlfriend Brittany Saberhagen. Also, hot news in the media suggests he's now a married man. How much of truth is in it? Let's find out from the article below!

'Greek' star Jacob Zachar recently tied the knot with love of his life, set costumer Brittany Saberhagen on Saturday, May 25th, 2019. Prior to that, the two enjoyed their love life for long about five years. 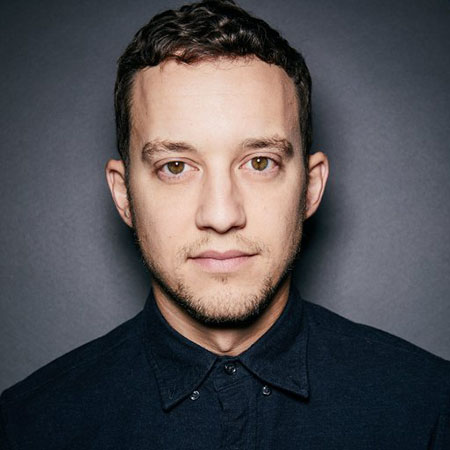 The ceremony was held at Triunfo Creek Vineyards in Agoura Hills, California where just about some famous faces were invited. Furthermore, the lucky invitees were; former 'Greek' co-stars Amber Steven West, Jesse McCartney, and Jake McDorman. 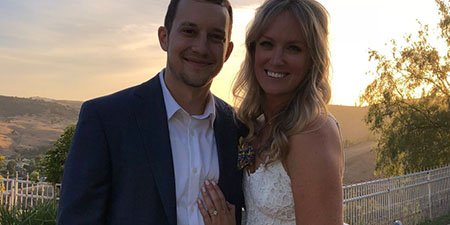 The couple looked appealing with the bride wearing BHLDN by the Anthropology gown. LA Roots catered the event planned by Sarah Coplen of Little Grey Events, with a cake.

Talking about the wedding Zachar said,

'Brittany and I tied the knot on a five-year relationship witnessed by our family and friends. It’s time to dance until the wheels fall off. Let’s party!'

The lovebirds are going through the delightful moment of their life which for sure will continue for long as the chemistry they have. 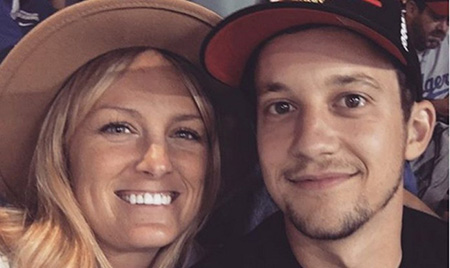 Surprisingly, the couple first met through their mutual friend at a house party and reunited after a couple of years on social media. They had an interesting startup in their dating life. In fact, Zachar recently spoke about how it all began, he recalls the memory saying,

“Brittany put out a Facebook post asking actor friends if they had any Oscar screeners she could borrow, I told her, ‘Come on over, I got 12 Years A Slave. I invited her in and she asked me where my girlfriend was, and I said I told her to kick rocks. Her eyes lit up and said we should go for a drink sometime."

A month later they went for a drink after she messaged him, visited Seven Grand Whiskey Bar to play pool and have fun with whiskey and live music. Also, they enjoyed the night and won the pool game against some strangers.

Read More: Michelle Beadle may be getting married to Actor boyfriend Steve Kazee soon. They have dated too long

The duo got engaged on May 5, 2019, and the stunning fiancee took to Instagram to give the hint to the audience and also shared a short video. Check it out!

Also, she shared some of the adorable images of the duo with Saberhagen clearly flaunting her diamond ring.

It is certain the adorable pair have been living a romantic life since they've met each other. We expect them to be committed and loyal to each other forever. 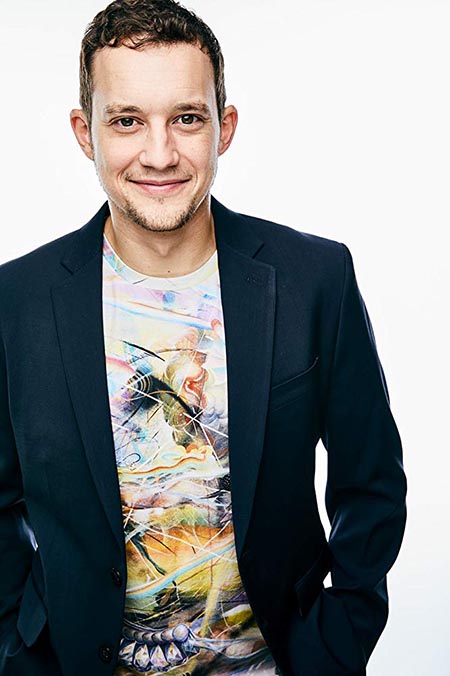 Find more information about Hollywood stars on our website  marriedwiki.com/article