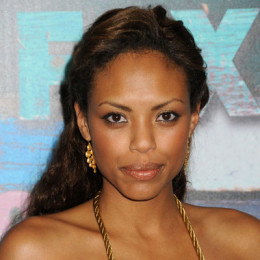 She is an American actress, singer and a dance who is best recognized for her performance in the television. She was born in one country but raised in other, where she had completed her education. She attended New York University's Tisch School of the Arts in New York. She started her career from stage with a role of Mimi Marquez in a musical called Rent in 2005. She also has appeared in a music video of Beyonce titled "Work It Out".

She is a married woman. She has been married to her longtime boyfriend. She has no children till date. She has been faithful to her husband and so is her husband. Thus, there is no any rumor or speculation about their divorce so far. She is living happily and peacefully with her husband. There is no availability of her past rumors or dating history. However, there is a rumor that she is expecting but the news is not confirmed.

Jaime Lee Kirchner was born on August 23, 1981, in Germany but she was raised in Clarksville, Tennessee. She has mixed ethnicity as her father is of German descent and a black brother.

Jaime is interested in acting since her childhood days. She made her stage debut in the role of Mimi Marquez in the international and Broadway productions of musical Rent in 2005.

Before pursuing her career in acting, she appeared in Beyonce's "Work It Out" music video. In 2005, Kirchner was cast opposite  Don Johnson in the short-lived The WB comedy-drama, Just Legal.

She later starred NBC medical drama Mercy from 2009 to 2010, the series was canceled after a single season. She also guest-starred on Rescue Me, CSI: Crime Scene Investigation, and Dollhouse.

In 2014, Kirchner was cast in the ABC primetime soap opera, Members Only created by Susannah Grant.

Jaimie is a married woman. She exchanged a vow with  Benjamin Emanuel Kaplan in June 2012. The couple hasn't any children yet.

The duo shared a good bond and together for a long time. There aren't any kinds of rumors regarding their divorce or split.

Kirchner has earned a quite impressive net worth from her acting career as she succeeds to maintain the net worth of $500,000.

Despite that, she is living a lavishing life with her husband and owns many luxurious properties.

He was her long time boyfriend with whom she is currently married. There is no any information on him. She is living happily with him and the couple has no children till date but may be planning one in soon future.