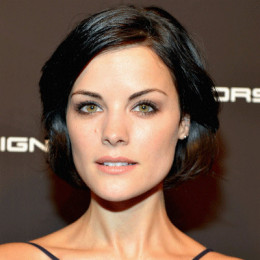 Jaimie Alexander is an American actress who is recognized for her performance in the role Jessi on the TV series Kyle XY and in the 2011 superhero film Thor, its 2013 sequel as Sif. She has been active in the industry since 2004. She is the only daughter if her parents with four brothers. She had taken acting in her grade school for fun and later in her high school she used to attend sports more than theater and as a punishment used to get kicked from the class. She started her career in 2003 from the movie the other side.

She is currently in a relationship with her boyfriend Tom Pelphrey. She has never been married nor has any child.

The Thor actress, 34 and her beau Iron Fist actor, 35, made a red carpet appearance as a couple at the PEOPLE and the Entertainment Weekly upfronts in New York City.

During the event, the couple shared a passionate kiss in an image shared with the actor's Instagram post.

The lovebirds are having a great time together as they frequently appear together on Alexander's Instagram posts.

Previously, she was in a romantic relationship with actor Peter Facinelli in 2012. They met for the first time on the set of Loosies. The couple engaged in March 2015 but they called off their betrothal in February 2016.

This here is my favorite person in the whole world. I’ve had a lot of ups and downs lately and this amazing man has been by my side cheering me on with enormous amounts of love and support. I’m so grateful for you @TomPelphrey I love you so much pic.twitter.com/xYrF6J5yrI

Alexander was hospitalized and underwent surgery after her appendix ruptured in March 2018. Later on, she recovered the health issue.

Alexander amassed a net worth of about $4 million as of 2019.

She has four brothers in the family. She completed graduation from Colleyville Heritage High School.

She is renowned for playing the role of Jessi in Kyle XY and Sif in the 2011 superhero movie Thor.