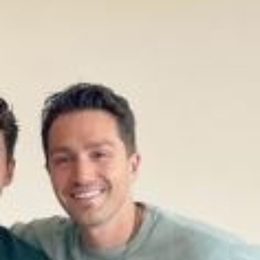 Jake Foy is a Canadian actor who is known for his performance in ' Eat Drink & Be Married' and ' Designated Survivor'. He also gained media exposure for writing scripts and directing the shows like Before They Were Them and Kristine & Kirstine.

The steamy news about Jake Foy came out when he was seen with the famous producer Nicola Traverse. Yes! Jake is dating Nicola Traverse, a successful producer of More Together, Before They Were Them, and The Next Big Thing. 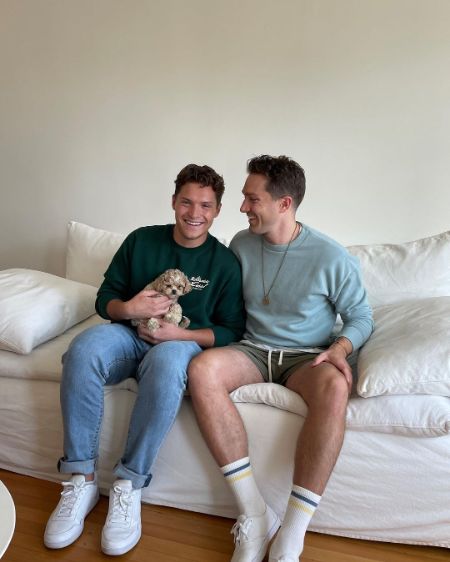 Coming to his love life, Jake and his beau are seen together several times. The couple enjoys one another's companionship with a great understanding. Nicola shares many of their pictures on his Instagram.

Also, Jake Foy uploaded a  sweet snap with Nicola holding his man's hand on Venice Beach. Both looked handsome in a simple casual outfits. Jake finds happiness with his man, and he once uploaded a picture of him kissing his partner in his IG post.

To today's date, it is unknown when Jake confirmed himself being gay. The Miranda actor and his boyfriend had spent time together in quarantine. Initially, many people didn't believe them to be dating in real life. 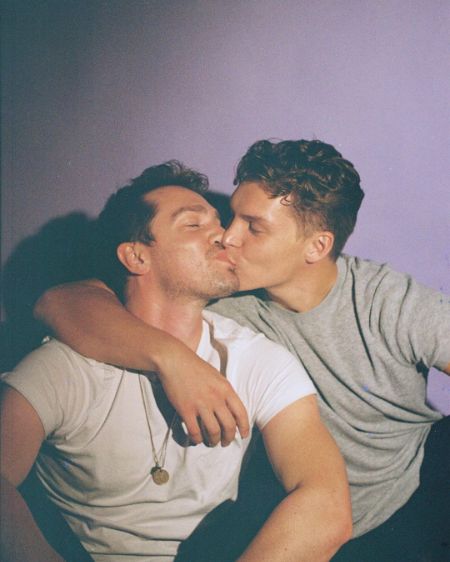 On February 14, 2022, Jake wrote a lovely message dedicated to Traverse on Valentine's day," Nic, Even this sunset can't hold a candle to your quiet, honest, passionate, dignified, clever, keep-me-in-check kind of love."

"You challenge and encourage me daily to authentically speak my mind and be the fullest, bravest of myself I can," Joy continued. The pair aren't married yet. As of now, Jake is living a comfortable and prosperous life in Vancouver.

Jake Foy became part of the Young Actor's Theatre in Niagara Falls at a young age and fell in love with acting. Even in his early days, he used to write scripts and create films. His direction for the stage has been illustrated at the University of British Columbia, the Highlands Summer Festival. 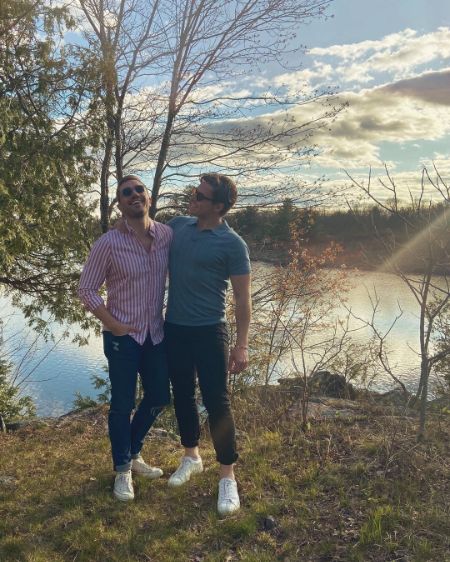 Jake Foy and his boyfriend, Nicola Traverse, have been together since 2019. SOURCE: Instagram(@jakefoy55)

Since passing out from the Ontario College of Art & Design, he has worked in short film productions and numerous independents. As an actor, his notable credit includes CMTP/ Orginal Workshop Casts of the Tony-Nominated, big-hit Broadway musical Come From Away.

After nearly decades in the entertainment industry, Jake boasts an impressive CV in acting. The actor debuted on-screen in the short film ' Miranda' in 2013. Ever since, Foy has worked on over a dozen projects, including  Designated Survivor and Reign.

In addition, Foy portrayed the role of Charlie Warren in Eat Drink and be Married and as a gambler in the movie "Frankie Drake Mysteries." from his appearance as the guest character in numerous episodes of Arrow, working opposite Neal McDonough, David Ramsey and Stephen Amel.

How Rich is Jake Foy?

The Sheridan college alum collects substantial income, other than acting, from his role in the entertainment industry. He is proficient in writing and eventually tried his hands at the different aspects of filmmaking and writing scripts.

Check out the trailer video of Jake Foy's starred Love In Store.

Not to miss, Jake got back on Hallmark with the Love in Store in early 2020. The show is about two rival home shopping hosts forced together while competing for promotion. Jake is also the maker of the upcoming musical-short-anthology mini-series 'The Next Big Thing,'

Moreover, Jake has two credits as a writer and director for Before They Were Them and Kristine & Kirstine, completed now. His visionary approach to musical scripts guided him to the successful project aired nationally through the CBC.

All in all, Jake is a multi-talented person. Since 2013, Jake has been part of this industry with incredible feedback. Jake has gathered a considerable fortune through his remarkable career, and his networth as of 2022 is estimated to be $1.5 million.

Supporter of Gay Rights and Humanity

Being gay himself, Jake Foy is a huge supporter of gay rights and humanity. He actively participates in different humanitarian-related activities. He openly encourages others to embrace their sexuality. Rather than concealing it, Jake asked them to be more open about it.

Jake Foy stands tall, with a height of over 5 feet 7 inches. He has maintained a weight of around 70kg. Foy has a slim athletic body, short natural black hair, and deep dark brown eyes.

Jake Foy is quite active on major social media platforms and regularly posts. He can be found on his  Instagram page under the username @jakefoy55. Today he has amassed 5,312 followers.

The Arrow star follows Zendaya and Derek Chadwick on his IG handle. Furthermore, Foy joined Twitter in June 2009. "director, actor, waltzing around," he wrote in his Twitter bio. The guy tweets on various topics on Twitter with more than 364 followers.