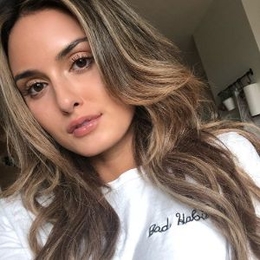 There is saying, "There is no such thing as bad publicity.". This statement is so true in the case of the Instagram model Julia Rose. She became a internet sensation after doing things that were not crowd-pleasing. However, because of her those stunts, she has become a household name and even girlfriend to one of the biggest Youtuber.

When the famous Youtuber Jake Paul and Tana Mongeau tied the knot on July 28, 2019, at Las Vegas, there was hardly anyone who truly believed that their love would last for a lifetime. It turns out their skeptics were right. 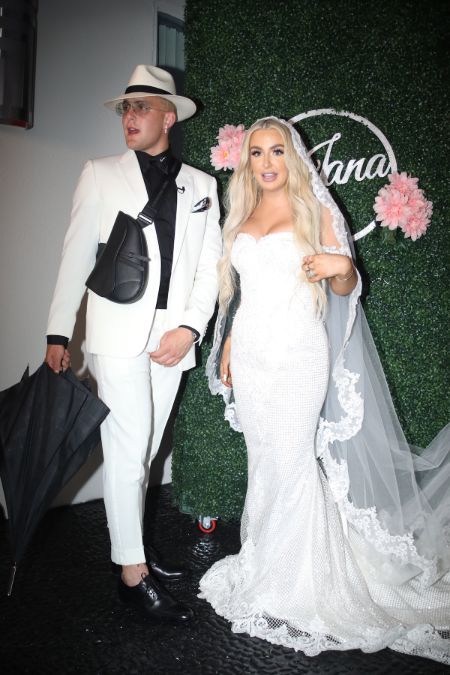 Just six months after the wedding, in January 2020, the pair announced that they were going on a break. Soon after the announcement, fans were waiting to see who will be his next girlfriend?

Well, it looks the fans have got the answer. On February 7, 2020, Jake posted a picture on Instagram where the YouTuber is seen kissing a woman. So, who is this young lady who has captured the heart of Jake?

The woman in the picture is the Instagram model and entrepreneur Julia Rose. It is not clear when the pair started dating, however, given the fact she was featured in Paul's "These Days" music video back in December, so it is likely the romance blossomed between them while working together.

Though the relationship is new, the couple is not hesitant to showcase their love to the world. There are reports of Rose being together with Jake in Miami on January 30 when he was filming the boxing match against British YouTuber AnEsonGib. It is also reported that she supported Jake all week ahead of the competition.

Also, after Jake's win in the match, the pair attend a afterparty and guess what, they were joined by Paul's ex-partner Tana Mongeau. Not only that, Rose and Mongeau jokingly kissed one another as well. 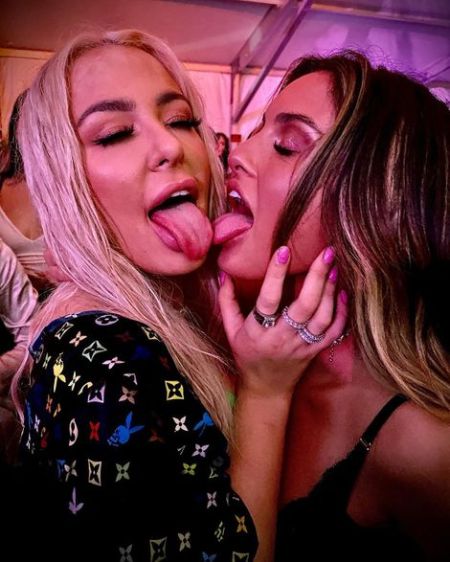 It seems like Tana is over her relationship with Jake. Not only is she seen being overtly friendly with Jake's new girlfriend but is also supporting his new relationship. After Jake posted a picture with his new love on Instagram, Tana sent a cryptic  tweet that said

"I just hope you're happy."

Though Jake shared the cozy photo with Julia, the relationship is yet to be officially announced.

Julia Rose met Stephen McHugh in MTV's dating competition show "Are You the One?" in 2016. They fell for one another, but the matchmakers of the show thought they were not compatible. Nonetheless, even after the objections, Rose and McHugh left the show as a couple.

After the show over, news broke that Julia was already in a relationship when she joined the show. She admitted about her past affair but also stated that Stephen was aware of that. 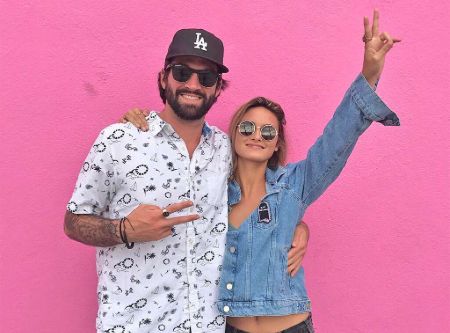 Given the fact that Rose and McHugh started their relationship with honesty, many thought the romance would last forever; however, that was not the case. The pair broke up amidst the news that Stephen cheated on Julia with another contestant from the MTV Show.

Thankfully, the break up did not last long, and the lovebirds patched up. Furthermore, in March 2019, they even got engaged. Sadly only a few months after the engagement, they broke up. Given the fact Rose moved on so quickly to the next relationship, it seems like their affair is over for good this time.

On the other hand, Julia's rumored boyfriend, Jake Paul, also has a long dating history. In the past, he is linked with Erika Costell and Alissa Violet.

Julia Rose moved from Texas to California in 2015 to make a career in Hollywood. She first got recognition when she joined the reality TV show "Are You the One?"

After leaving the show, she started a digital magazine called Shagmag alongside her then-boyfriend Stephen McHugh. The magazine features exclusive uncensored content of her and other up and coming Instagram model. The subscription fee for the magazine is $15per month. 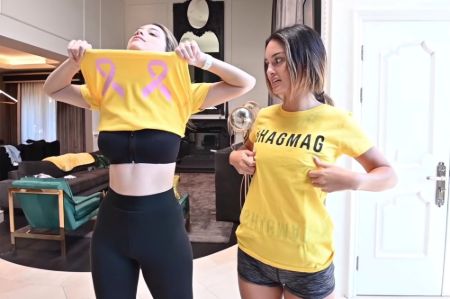 Julia Rose released the behind the scene video of her practicing for the flashing. SOURCE: Free Speech Daily

From the magazine and her provocative social media handle, Julia garnered quite a fan following. However, her popularity skyrocketed when she flashed Astros pitcher Gerrit Cole during the World Series between the Washington Nationals and Housten Astros.

After the incident, Julia and her friends, Lauren Summer and Kayla Lauren, were escorted from the stadium. Furthermore, Major League Baseball(MLB) banned her and her friends from all MLB stadiums and facilities for an indefinite time.

Many fans supported the MLB decision and criticized Rose for her actions. As they were wearing the yellow Shagmag T-shirts during the incident, Many fans accused Rose and friends of using extreme measures to promote their business.

Julia, however, defended her actions by stating that they did the stunt to raise donations for breast cancer. Furthermore, she added that she has no regrets on her behavior and also hinted on showing up at more sporting events. 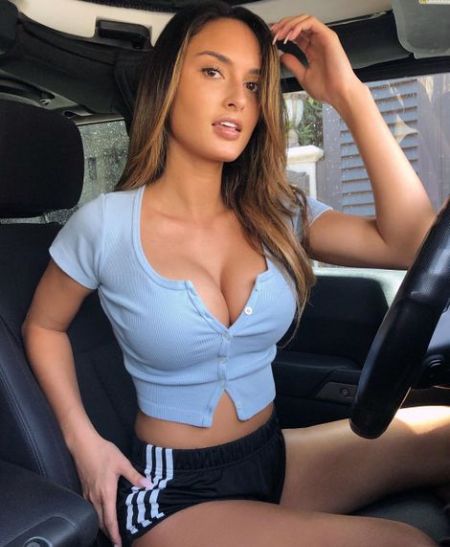 Julia Rose is not hesitant to showcase her figure on her Instagram. SOURCE: Julia Rose Instagram(@its_juliarose)

It is not sure how much she raised money for donations, but Her Instagram followers increased drastically. As of January 2020, her Instagram account has over 3.8 million followers. Given the fact she is not hesitant to showcase her assets in her social media platform, it is very likely her followers will increase in the future.

With increasing fan following, Julia has gained sponsorship as well as subscribers on her magazine. As of February 9, 2020, her magazine has 11,707 patrons, so she is likely earning $175,605 a month and $2107260 a year. Given Julia's income is so high from her business ventures, so it comes as no surprise she can accumulate a total fortune of  $500,000