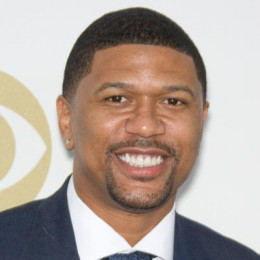 Jalen Anthony Rose is a retired professional basketball player and current sports analyst with ABC/ESPN. He played in the NBA for six teams, mostly alongside Reggie Miller on the Indiana Pacers teams. He is the son of Jimmy Walker. Currently he is the CEO of Three Tier Entertainment and official Ambassador and Spokesperson for the National Basketball Retired Players Association.

His personal biography is a bit of complex. He never revealed his marital relationship or other relationship status but he is said to have two daughters of his own and a step son which means that he must have been married twice.

His marital relationship has dragged him to a huge controversy and he never justified about that. There is no any information regarding his past affairs and current.

He married ESPN co-worker Molly Qerim in July 2018 in an intimate ceremony.

Jalen Rose was born on 30 January 1973 in Detroit, Michigan.

His father, Jimmy Walker was a no. 1 overall draft pick in the NBA. He died of lung cancer in July 2007.

Detailed information on her is yet not available to the source. He has two daughters from her. No information has been revealed about her or this marriage to public.

She is a beautiful child who was born healthy. Details about her has not been disclosed yet.

Nothing is known about her but she is said to be his daughter from Alexandra.