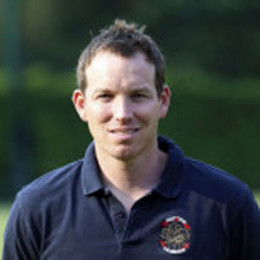 James Redmayne is a British cricket player who is known for his involvement in cricket teams like; Hong Kong Cricket Club, Oxford MCCU, and Oxford University. He is recognized for his Right-hand batting style.

James Redmayne was born as James Richard Studdert Redmayne on July 16, 1979, in Westminster, London to Richard Redmayne and Patricia Redmayne. His father, Richard is a businessman in corporate finance whereas mother, Patricia runs a relocation business.

His birth sign is Cancer. Redmayne is the eldest son of his parents and has two younger brothers; Eddie Redmayne, an actor, and Thomas Redmayne. He also has one half-brother and a sister. He attended Oxford University.

Redmayne had interest in cricket since his early days. He even left his family business to pursue his career in cricket. He used to play for Oxford MCCU and Oxford University during his college days.

Later, he started playing for Hong Kong Cricket Club, the oldest cricket club in Asia and still he is a member of the club.

James Redmayne, 38 is happily married to his longtime girlfriend, Emma Redmayne. He lives in Hongkong with his wife. The duo exchanged their vows in a private ceremony.

The last time Redmayne and his wife made a public appearance in 2015 at "Audi Polo Challenge" along with his brother and sister-in-law.

Redmayne might earn an impressive net worth form his cricket career, but due to his secretive nature, he hasn't revealed the exact figure. Nonetheless, it is assumed to be in millions of dollars. Likewise, his brother Eddie, an Oscar-winning actor has a net worth of $4 million.

Emma Redmayne is popularly recognized as the wife of British cricketer, James Redmayne. She is very secretive about her personal and professional life.