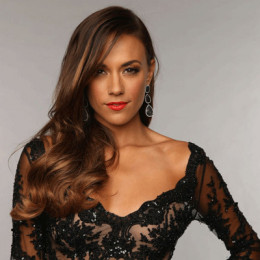 Jana Kramer- an American actress and country music singer, born as Jana Rae Kramer to Nora and Martin Kramer in Rochester, Michigan. Jana's brother Steve Kramer is a police officer. She started her acting career in 2002 and is well known for her role in hit TV series One Tree Hill as Alex Dupre. She put her acting career on hold to focus on her music career and signed a recording contract with Elektra Records on Feb, 2011. On Jan, 2012, Jana released her first single "why ya Wanna". In Feb of 2012, Jana returned to acting with a lead role in the independent drama film "Heart of the country".

The best after party I’ve ever been to. #family

The couple welcomed their first child, a daughter named Jolie Rae Caussin on 31 January 2016. Though the couple separated shortly when Caussin was admitted into rehab for undisclosed purposes, they reconciled the following year and renewed their wedding vows in December 2017.

Previously, she was married to Michael Gambino in 2004 and divorced in the same year. Them she exchanged a vow with Johnathon Schaech in 2010 and split after a year.

Listen up: I am always going to protect my daughter. I can handle my bullies but when someone attacks my daughter and says mean stuff about her I am going to say something. This hasn’t been the first time someone has attacked her on my page or dm’s so I wanted to set the record straight. And look I have already cried a lot over this thinking somehow I did something wrong or doubted myself but I know that is not the case but us moms love to beat ourselves up. But ....Yes, Jolie has a speech delay. She works with a speech therapist every Friday. The fact people attack her, and also me saying I’m a bad mom has really messed with me. Bottom line, All kids learn and grow at different paces so if you want to not like me, that’s fine but please don’t pick on my child. I will NOT stand for it. I have chosen to show my life and my kids online and maybe that is my fault, but I will not let u bully my kid. You don’t know what goes on in this house so please don’t be mean....listen to this weeks podcast for more on this topic. (Link in stories). ALSO...if you have had anything helpful that has helped ur kids I would love to know! Helpful tips I always welcome !!!

Kramer recently took Instagram and fired back at online trolls for her 3-year-old daughter in March 2019. She posted an image with her daughter with a lengthy and impassioned caption.

Jana Kramer holds an estimated net worth of $2 million. She made a good fortune from her acting and singing career.

Jana Kramer married Michael Gambino, in Los Vegas in 2004. It was her first marriage, and sadly ended in divorce several months later.

Jana Kramer's second marriage was to actor Johnathon Schaech whom she met on the set of Prom Night. The couple announced that engagement 22nd December 2009, and married in Glen Arbor, Michigan on 4th July, 2010. However, the couple separated more than a month later. They were divorced in June of 2011.