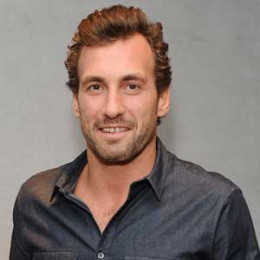 Canadian former professional ice hockey player, Jarret Stoll played in the National Hockey League (NHL) for the Edmonton Oilers. He also played for Los Angeles Kings, New York Rangers and Minnesota Wild. He won the Stanley Cup twice with Los Angeles Kings in 2012 and 2014. After winning the bantam championship, Stoll moved on to play for the Saskatoon Blazers of the Saskatchewan Midget Triple A Hockey League.

Jarret Stoll born as Jarret Lee Stoll on 24th June 1982 in Melville, Saskatchewan Canada grew up in nearby Yorkton.

He is the son of Tim Stoll, District Manager for the Pioneer Grain Elevators and Sheri Stoll.

Jarret Stoll began his WHL career at the end of the 1997–1998 season with the Ice in Edmonton.

He represented his country at the World Junior Hockey Championships, in 2001 and 2002, winning bronze and silver medals respectively.

Stoll played for the Hamilton Bulldogs of the AHL in 2002–03. On 29th June 2008, he was traded to the Los Angeles Kings along with Matt Greene for Lubomir Visnovsky. On 5th September the Kings signed him to a four-year deal worth $14.4 million.

On 10th August 2015, he signed as a free agent, a one-year contract with the New York Rangers. On 15th December 2015, he was claimed off waivers by the Minnesota Wild.

Jarret Stoll dated supermodel and actress Rachel Hunter and they planned to marry in August 2009, but the wedding was called off.

He began a relationship with Erin Andrews, a sideline reporter, sportscaster, journalist, and television personality currently hosts FOX College Football for Fox Sports, as well as Dancing with the Stars.

The couple began dating since 2012 and announced their engagement on 9th December 2016. The couple married on 24th June 2017 at Yellowstone Club in Montana.

On June 11, 2012, Jarret Stoll won Stanley Cup with the Los Angeles Kings, a championship in the history of the franchise, against the New Jersey Devils.

On 13th June 2014, Stoll won his second Stanley Cup with the Los Angeles Kings, in game five against the New York Rangers.