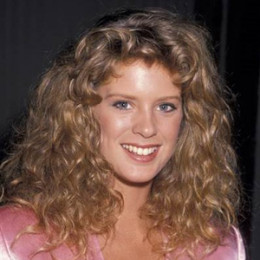 Rachel Hunter is a well-known model from New Zealand who established herself as an actress and a reality show host too. She is famous for her show Rachel Hunter's Tour of Beauty, produced by Imagination Television. She has featured in many renowned magazines including; Vogue, Elle, Rolling Stone, Playboy, Cosmopolitan and Harper's Bazaar. She is a single mother of two children; Renee and Liam.

Who Is Rachel Hunter Dating Recently?

The current relationship status of Rachel is possibly single. Her socials are showered with the picture of herself with men doesn't mean she's in an intimate relationship with them.

Hunter is close to some of his male colleagues including Disco Stew, and Michael Heller. For now, the iconic beauty prefers to spend quality time with her children.

The New Zealander model was previously married to a musician, Rod Stewart. They have a huge age gap of 24 years. They married after 3 months of dating on December 15, 1990, at Beverly Hills Presbyterian Church in Beverly Hills, CA.

The former couple shared two children; a daughter Renee Hunter (born in 1992) and a son Liam Hunter (born in 1994). However, they couldn't handle their relationship and split apart in 1999 but their divorce was finalized in 2006.

Later, she linked up with other stars like; Bruce Willis, Michael Weatherly, Kevin Costner, Robbie Williams, Wes Scantlin and Tommy Lee. In addition, Hunter was in a romantic relationship with  Canadian NHL hockey player Sean Avery.

In 2006, she met Jarret Stoll who is 13 years junior to her and engaged in 2008 but their wedding was called off which was due in 2009. The Canadian hockey player is currently married to Dancing with the stars show host Erin Andrews.

In the late 1980s, she was in a live-in relationship with rock musician Kip Winge but later they split apart.

What is Rachel Hunter's Net Worth?

Rachel Hunter, 48 is considered one of the biggest stars of TV. She has a very impressive net worth of $60 million. She is paid bug bucks for working with elite modeling companies like Vogue, Cosmopolitan, Harper's Bazaar, and Elle.

In February of 2018, Rachel put her Hollywood Hills West home on the market for $4.5 million. She just lowered the price if her five-bathroom, five-bedroom that week.

It wasn't the first time, the starlet out the two-story English Country-style estate on the real estate marker post listing it for $5 million back in 2016.

Hunter bought the 5,000 square feet house for $2.425 million in 2004 followed by her divorce from pop star Rod Stewart with nine years of marriage.

Hunter began her modeling career at the age of 16 when she was spotted by a local photographer. By the age of 17, she became a model in Australia and NewZealand.

Most notably, she featured on the covers of many fashion magazines such as; Vogue, Elle, and Cosmopolitan. She was also asked to pose for Playboy magazine but considering herself too young for it, she refused the offer.

She was offered by Playboy magazine also but she refuses the offer considering herself too young for it but in 2004, she poses nude for the magazine. In 1989, she rose to international fame after featured in the ‘Sports Illustrated’ magazine.

Rachel made her screen debut in 1985 with an ice-cream ad film and made her film debut with romantic comedy Just a Little Harmless Sex (1998). Later, she starred in several movies including A Walk in the Park, Rock Star, Pendulum, Redemption of the Ghost, The Perfect Assistant, Swamp Volcano and much more.

In 2006, she hosted a reality program, Style Me With Rachel Hunter. Following year, she launched her own fashion line, Lola, a range of cutting-edge swimsuits. In 2008, she launched another clothing brand for women, The Warehouse.

Rachel Hunter was born on September 8, 1969, in Glenfield, a suburb of Auckland, New Zealand. She has a sister, Jacqui Hunter. She belongs to the European ethnicity and holds New Zealander nationality.

She was interested in ballet dancing but due to her rare blood disease, she can't fulfill her dancing dreams. Her parents divorced when she was 15 and she lived with her mother.

Renee Stewart is the first child of Rachel and she was born on 1992. She is as beautiful as her mother.

Liam is the youngest child of Rachel. He used to live with his mother after his parents' divorce.