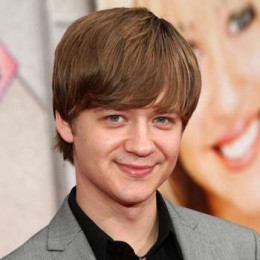 Jason Daniel Earles is an American actor, comedian and martial artist, who is well known to the public for his portrayal as Jackson Stewart in the Disney Channel sitcom Hannah Montana and as Rudy Gillespie in the Disney XD series Kickin' It. For his role in Hannah Montana: The Movie, he was nominated for a Teen Choice Award in 2009. As a child, he became a trained equestrian rider and he graduated from Rocky Mountain College in 2000.

Moving on to his personal life, he is currently in a serious relationship with his gorgeous girlfriend who is a popular web star. The two are dating since 2013 and it seems like they are happy with one another's presence so they probably are looking forward to getting married soon. Actually, he is a divorced guy who was married to his wife from 2002 till 2013. He also has a daughter from his marriage.

Jason Earles was born on 26 April 1977 in San Diego, California. His mother's name is Jenny Earles.

He completed graduation from Glencoe High School in Hillsboro. Later he attended Rocky Mountain College and graduated in 2000.

Earles is best known for his role as Jackson Stewart in the Disney Channel sitcom Hannah Montana from 2006-2011. He portrayed the role of the elder brother of Miley Stewart (Miley Cyrus).

He played the role of an advanced math student Grady Spaggett in the Disney Channel's Phil of the Future. 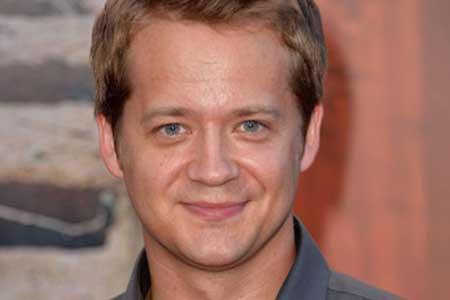 Some of his recent TV roles include Fish Hooks, Best Friends Whenever, and Hotel Du Loone.

Earles has an estimated net worth of about $8 million at present.

Earles married his girlfriend Katie Drysen on 13 August 2017 in presence of some of his former Disney co-stars Moises Arias and Emily Osment.

The couple exchanged vows at The Garland hotel in Toluca Lake, California.

Here's a glimpse at the the most magical day of my life. She's perfect. #happilyeverearles2017 @andhervisuals captured the day beautifully. Beyond blown away.

He was previously married to Jennifer Earles. The couple who tied the knot in 2002 split in 2012. The divorce was finalized in 2013. They have a daughter named Noah Earles.

She is the first wife of Jason, whom he married in the year 2002. The two stayed as husband and wife for almost 11 years.

She is the only daughter of Jason and there is a rumor that she lives with her mother.