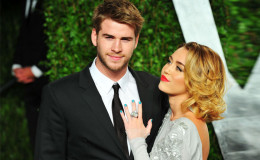 Miley Cyrus and Liam Hemsworth made back-to-back red carpet appearances for Oscar night, 4th March. After the Academy Awards, the singer and her actor love stepped out the Vanity Fair Oscar party in Beverly Hills, California. Well, get details about the event and their on-off relationship over here!

Miley Cyrus and Liam Hemsworth made back-to-back red carpet appearances for Oscar night on 4th March. After the Academy Awards, the singer and her actor love stepped out at the Vanity Fair Oscar party in Beverly Hills, California looking absolutely lit!

Miley Cyrus and Liam Hemsworth had a busy Sunday night at Oscars; and they didn't attend the Oscar ceremony.

The adorable couple started off their date night going to the Elton John AIDS Foundation viewing party. The songstress looked so pretty wearing a glittery silver Moschino gown with zigzag pink ruched insert, accessorising with a pair of star pendant earrings and, of course, her engagement ring on her left hand. 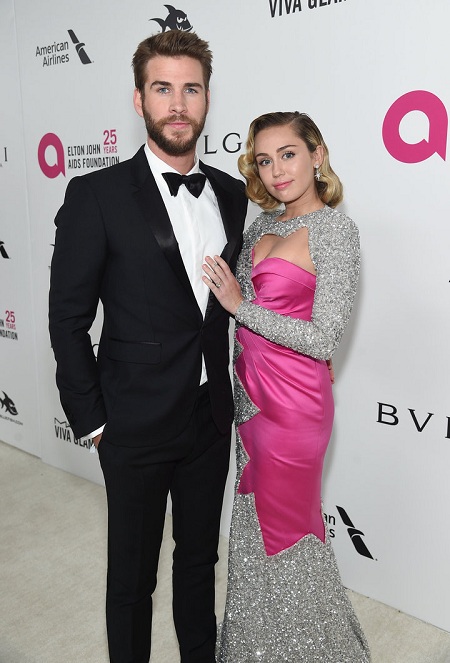 Her fiance, Liam Hemsworth,28, on the other hand, looked crisp and chic in a classic black tuxedo and bow tie.

The 25-year-old singer enjoyed the event with her love, Hemsworth at a table in the center of the room where Ricky Martin and his husband, Jwan Yosef were also seated.

Can't get his eyes off the gorgeous beauty!

Later, she posted the images of the event via Instagram captioning "my favorite men".

For the second half of the evening, the duo managed to attend the Vanity Fair soirée for some post-awards fun.

She made a quick change to a black and champagne dress and she looked ravishing. Liam Hemsworth rocked the Burberry tux and black bow tie. All eyes were on the gorgeous couple!

Cyrus and Hemsworth mingled with most Hollywood A-listers including Margot Robbie, Sam Rockwell, Gary Oldman, Emma Stone and so on at the Vanity Fair's official afterparty.

Miley Cyrus and Liam Hemsworth On-Off Relationship Details, How They Got Engaged TWICE?

Cyrus and Hemsworth's love story is one of the most admired one being a full package of drama, a lifetime of rumors, sweet reunions, and of course their  2X engagement!

Cyrus and Hemsworth first met on the set of The Last Song, a movie based on the wonderful creation of author Nicholas Sparks after The Notebook. 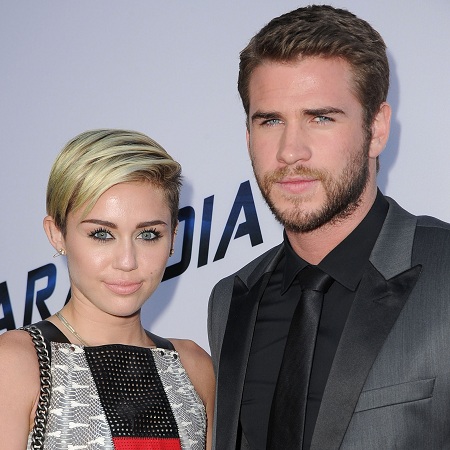 Cyrus and Hemsworth attending an event together
Source: Teen Vogue

At that time she called Liam her 'best friend' during an interview with Seventeen. Soon their friendship took a beautiful turn and they became a lovely couple.

They made a red carpet appearance debut as a couple at an Oscars event in March 2010; confirming their relationship. They also walked together for The Last Song premiere. 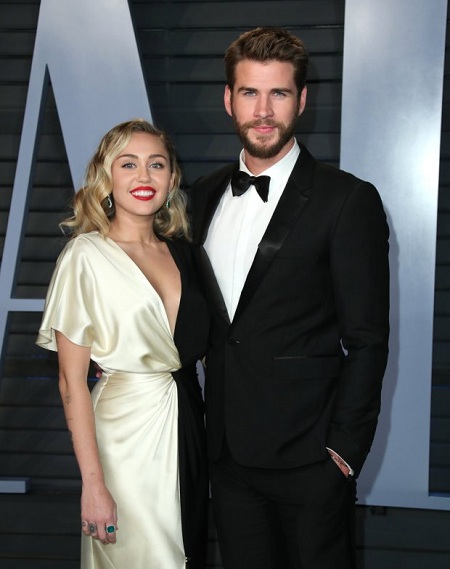 The couple, however, took a break in August 2010. Sources reported that her busy schedule was the reason behind their break.

Cyrus and Hemsworth were spotted walking and eating together in September the same year. Well, their reactions simply suggested that they were back together.

They again broke up after a month. A source told E! News that was "just a time out".

With a series of breakups and patch-ups all in the same year, the two were back on a steady track in April 2011. This time, they revealed that "they're 'taking it slow and steady enjoying each other's company". 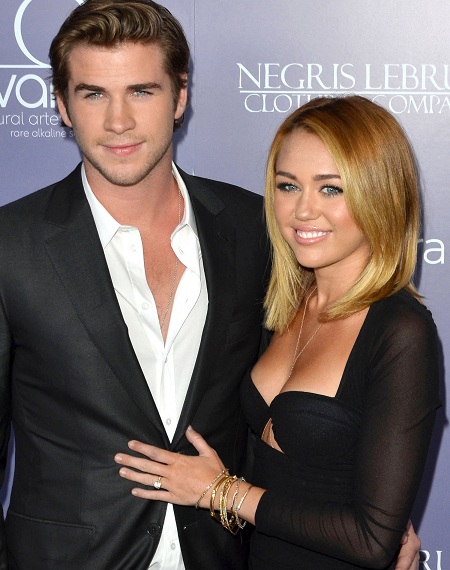 After making a number of red carpet appearances together, the couple announced their engagement in June 2012. She told People,

"I'm so happy to be engaged and look forward to a life of happiness with Liam."

During an appearance on The Ellen DeGeneres Show, she admitted that her wedding 'has to be a perfect one'.

In February 2013, their break up rumors circulated all again. Things took a negative turn when Perez Hilton accused her of cheating on Hemsworth with Ed Westwick.

The couple called off their engagement in September 2013. She unfollowed Hemsworth on Twitter and three days later the major event, sources confirmed their split.

During an interview with Cosmopolitan in December 2013, she explained,

"This is the best time of my life. I'm not going to look back on it and be like, 'I wish I hadn't been dwelling over a breakup,' you know? Because that's not what God wants my life to be about right now."

After the major break, Miley came closer to Patrick Schwarzenegger in November 2014; and hence "Piley" was born.

The two dated for some months and broke up in April 2015. It was the moment when she came closer with Hemsworth all again.

Miley again wore her engagement ring, the same Neil Lane ring from Liam on her ring finger. A source confirmed to People that the two are engaged again. 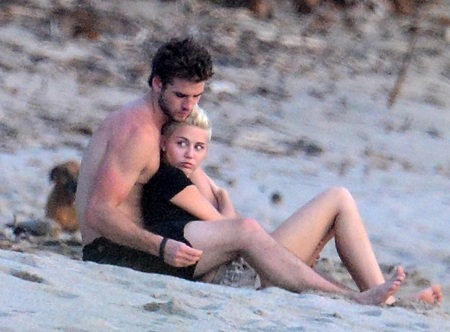 They were spotted together in public for the first time in April 2016 after getting engaged for the second time.

Earlier this year, the two sparked rumors that they have already tied knots secretly. Chris Hemsworth, Liam's brother just couldn't avoid the questions during an interview on SiriusXM's Sway In The Morning on 16th January.

The actor was asked about Liam and Miley's secret wedding in Australia. Well, Chris finally made things clear and explained,

The longtime, on-off couple enjoyed a vacation in Costa Rica earlier this month. The two have yet to take some time before moving a step ahead in the relationship.

The two are still so young; nothing to rush about it, isn't it?