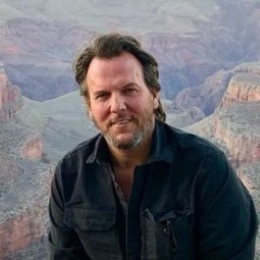 Jay Huguley is an American film, TV, and theatre actor who rocketed to fame after starring in From Zero to I Love You, Abattoir, Hot Guys with Guns, and Sunny in the Dark. Huguley also joined the cast of Daniel Adams's The Walk.

Jay Huguley is notoriously private about his romantic life. So, no clue about his partner or girlfriend is available on his social media platforms. Furthermore, Jay is also not romantically linked with anyone, not even with his co-stars. 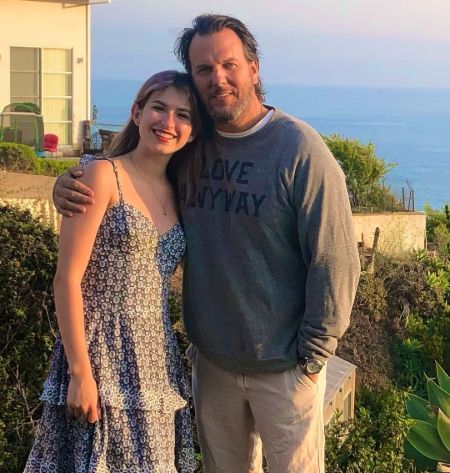 Unlike many famous male celebrities in Hollywood, The Walking Dead actor Jay Huguley is possibly single and enjoying his single life. The guy is so handsome that he might have been in a relationship with some ladies in his past, but there is no such evidence on social networking sites.

Nevertheless, Huguley is working very hard to achieve the goals in his life. This might be why Huguley is single, as he's more focused on his professional life than getting into a relationship. Despite his successful career, Jay has no such intention of being in relation and marriage.

Jay Huguley was a fashion model before his professional career. The guy is prominent for his role as Jimmy Ledoux on HBO's series True Detective opposite Woody Harrelson & Matthew McConaughey and David on AMC's The Walking Dead.

Check out the interview video of Jay Huguley at the Santa Barbara International film festival 2020.

In Jay's earliest appearance on TV, the handsome man starred in the minor roles on MADtv, Texas Ranger, and Walker before getting recurring roles on series such as Alias and Summerland. As Jimmy Swaggart, a disgraced televangelist, Jay appeared in The Eyes of Tammy Faye, alongside Andrew Garfield and Jessica Chastain.

The 1.88m tall also worked as a fashion model for Zegna, Armani, Valentino, and Romeo Gigli in London, Paris, and Milan. Coming to his net worth, Jay has accumulated around $300,000. His wealth is collected thanks to his successful acting career. 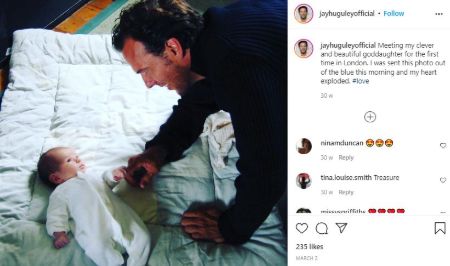 Jay Huguley snapped with his goddaughter at her tender age. SOURCE: Instagram(jayhuguleyofficial)