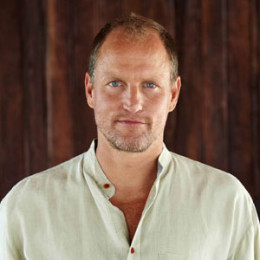 Born in 1961, Midland, Texas, Woody was named Woodrow Tracy Harrelson by his parents: Charles Harrelson and Diane Lou. He grew up with two other siblings, Jordan,  Brett, and Harrelson.

In 1973, he moved to Lebanon, Ohio, with his mother. He joined Lebanon High School and worked as a woodcarver at Kings Island amusement park. Later, he completed a degree in theater and English from Hanover College situated in Hanover, Indiana.

Woody made his acting debut on the American sitcom, Cheers, which was aired on NBC. The TV show was created by James Burrows, Glen Charles, and Les Charles. He received praises from the viewers and critics for the role of Woody Boyd. For the same role, he received American Comedy Awards, Primetime Emmy Awards and 5 nominations for best-supporting actor.

The following year, he appeared in American sports comedy movie, Wildcats, directed by Michael Ritchie. The movie starred Goldie Hawn, James Keach and Swoosie Kurtz in the lead roles. He has played over fifty movies and eighteen drama shows.

Apart from acting career, he has given his voice to a wild turkey in a 3D animated comedy movie, Free Birds, directed by Jimmy Hayward. The movie was released on 1st November 2013 which earned $110 million.

Moreover, his upcoming movies are Shock and Awe, Three Billboards Outside Ebbing, Missouri and The Glass Castle which is to be released in the year 2017.

Woody is a married man. He married Laura Louie on 28th December 2008. Laura is the second wife of Woody, who is Harrelson’s former assistant and a co-founder of Yoganics. This couple is blessed with three daughters: Deni Montana Harrelson, Zoe Giordano Harrelson, and Makani Ravello Harrelson.

Nancy Simon is Woody’s first wife. They married on 29th June 1985. Unfortunately, the couple divorced on 20th January due to certain reason.

He is associated with different social awareness program including UNICEF. He took part in Soccer at Old Trafford in Manchester to raise money UNICEF and has played UNICEF game in 2012.

After getting recognition from Hollywood movies, Woody earned an estimated net worth of $75 million from his career in acting, directing, activist and playwright. He lives in a luxurious house situated in Beverly Hills and has got a house in Hana Maui as well. He owns the Oxygen Bar in West Hollywood, CA. He also owns a different collection of cars including the Volkswagen Beetle and Tesla Model S.

Woody Harrelson is in a married relationship with Laura Louie. They married on 28th December 2008 after dating several years. The couple is blessed with three daughters.

Firstly, Woody Harrelson was married to Nancy Simon. The husband-wife live nearly a year in the relationship and separated.

Born on 22 September 1996, Zoe Giordano Harrelson is the second daughter of Woody and Laura.

Born on 3rd June 2006, Makani Ravello Harrelson is the younger daughter of Woody and Laura. She is a sibling sister of Zoe Giordano Harrelson and Deni Montana Harrelson.