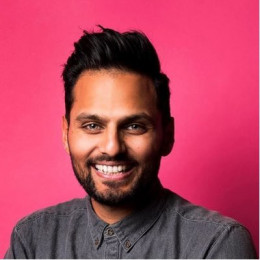 Jay Shetty, the name emerged as wisdom in human life is an award-winning life coach, vlogger, and speaker who rose to fame after becoming popular on various platforms of social media.

Jay Shetty's Personal Life: Is he Married or Single?

The duo first met through Radhi's mother who met Jay at the temple where he used to teach in 2013. Radhi met him after her mother asked her to meet Jay. 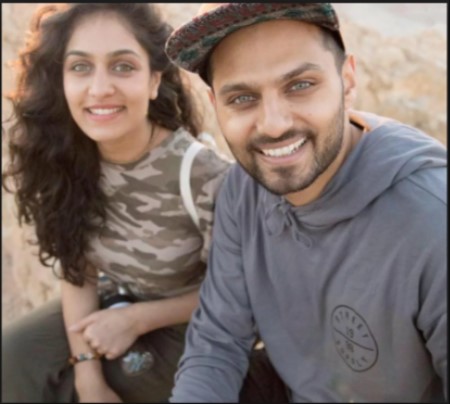 When the pair first met it was love at first sight for both of them ad they became attached to each other. Subsequently, after getting to know each other for some years, they tied the knot in 2016.

As for their relationship goes, the lovely couple is doing great. Jay even interviewed his beautiful wife and did Q/A on his YouTube channel. The duo is yet to have kids but they would not be too much troubled by it right now as they are enjoying quality time for each other.

Comment “YES” if you agreeWe all get 24 hours a day, 7 days a week, 365 days a year. What we choose to do with it will make all the difference.

The handsome journalist is insanely popular on social media platforms. He uses Facebook, Instagram, and Twitter where he boasts millions of followers. Likewise, he mostly shares motivation and inspiration pictures and videos with his followers on it.

So grateful to have been awarded @mindvalley Best Speaker Award 2018. This award is voted for by the attendees at all the Mindvalley events throughout the year. When I went up to receive my award I told the story of when I was 20 years old and I was invited to give a presentation at a university and no-one showed up. Twice. I remember practicing my talk to the 4 walls and empty room as if it was full of 1000s of people. That’s why I’m so grateful to the millions of you that have seen and shared my videos because I couldn’t do it without YOU! Thanks for showing UP for me I always show UP for YOU! This is just the beginning - there is so much work to do and lives to save! A BIG thanks to @vishen @miriamgubovic @kadioja @agatabas for caring for me for life!

Recently he won the Best Speaker Award 2018 after being voted for by the attendees at the Mindvalley events.

How and When did Jay Shetty Meet his wife?

Jay Shetty, the internet phenomenon celebrated fourth wedding anniversary with his girlfriend turned wife, Radhi DevLukia on 22 April, 2020. Jay took a beautiful snap of himself posing alongside his spouse announcing they "got married for four years ago today and so humbled and honored to be your husband".

Shetty and DevLukia met for the first time in 2013, seven years back before he became a monk. And, at that time, Jay had no plan, no money or ideas about what he was going to do in life. Radhi was introduced to Jay with the help of her mom. Soon, the two realized they feel for one another and wanted to live together.

Despite that, Radhi believed in him and stuck by him throughout thick or thins and also helped him become a better man with her love. Later then, they began spending a lot of time at each other's home for ages. But most of the days, Radhi would involve with her parents as she wish to enjoy with both, the person she wanted to live life with and those who she has been living with.

How Wealthy is Jay Shetty? Know Details About His Net Worth

From his works in the various field, Jay Shetty has an estimated net worth of $2 million. In addition, he worked in several high-level organization like The Huffington Post where he worked as the senior host and producer.

The average salary of the producer in the Huffington Post is $77,000 a year. Likewise, a senior host earns around $100 Thousand annually.

Jay Shetty in an interview with Ellen DeGeneres, check out the video!

The author also has a self-titled YouTube account where he uploads videos of his interviews, life experience, and other motivational material.

Talking about his past life, after completing college Jay Shetty went to India where he became a monk. Upon returning from India, he began sharing spiritual experiences he learned.

The young vlogger became a social media sensation after his motivational video titled "Changing the world begins with us" went viral. In a short time interval, his video received over ten million videos.

Shetty is an award-winning host, interviewer, and producer who worked as a digital strategist at a global consulting firm. He even won third place in the Guardian Rising Star Award in 2015.

In 2017, Jay was nominated alongside Conor McGregor in the Forbes 30 Under 30 Europe Class of 2017. Currently, he gives speeches and motivational talks on schools, colleges, Universities, and various other events.

Jat Shetty was born on September 06, 1987, in London, United Kingdom. He holds British nationality and belongs to Asian ethnicity.

To complete his academics, he went to the US where he attended Cass University in New York. He graduated in B.Sc (Hons.) in Behavioral Science from the University. 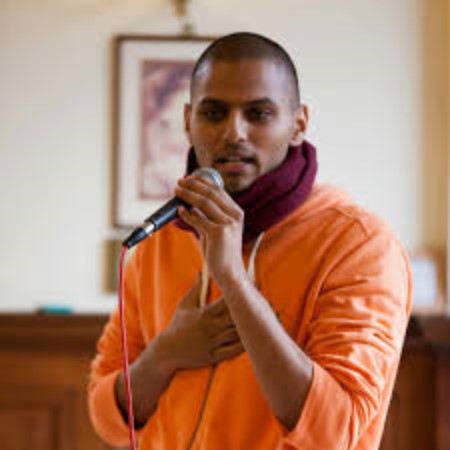 After completing his University education, he went to India where he later went on to become a monk. He spent time meditating and learned the arts of peace which is what he is teaching others at the moment.

Jay Shetty is happily married to his wife Radhi Shetty. Radhi is a plant-based dietitian, recipe developer, and Ayurvedic medicine enthusiast. The duo tied the knot in 2016.