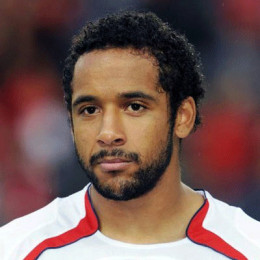 Jean Beausejour born as Jean Andre Emanuel Beausejour Coliqueo to Haitian father and Chilean-Mapuche mother. He started his professional football player when he was 17 years old with Universidad Catolica in 2001. Beausejour grew up near Santiago's Central Railway Station in humble household. His father studied medicine in Chile and works for the United Nation in Haiti. Jean Beausejour's nickname is Palmatoria after a black Brazilian footballer protagonist in a children's comic strip.He is also nicknamed El Frances, meaning the Frenchman. He is the first Chilean footballer to score a goal in 2 FIFA world cups.

Jean Beausejour is married to Karina Ugarte and has a son. Detailed information about his family life is not published. Publicly Beausejour has supported the Mapuche Indian's cause in Chile for their ancestral homelands in South Central Chile.

Beausejour has said, "It hurts me to see my people suffering - I identify with the Mapuche people." Beausejour's mother belongs to the Mapuche Indian tribe.

He has a huge net worth and salary.

He played as a left-sided wing-back for Primera Division club Universidad de Chile. He made debut for the Chilean national team in 2004. He made his 100th appearance for his country in 2018.

First Marriage with Not mentioned

The famous Chilean footballer Jean Beausejour is married and after scoring his victorious goal against Australia in the 2014 FIFA World cup, he dedicated it to his wife and his son.

The personal details of the Chilean footballer Jean Beausejour's son's age and name are not disclosed to the public. But after scoring the historical goal against Australia in the 2014 World Cup, Jean dedicated it to his wife and son.