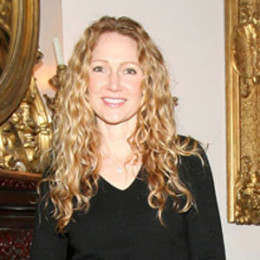 Jean Marie Muggli popular as “Jean Muggli” is ex-wife of retired football defensive end of United States, Michael Strahan. Jean Muggli is a beautiful and astonishing lady. She is captured in many pictures with her famous husband Michael Strahan. Going through her pictures, we can say that she is a gorgeous and attractive lady. She is not as successful as his husband in her professional career. Jean has been in the limelight mainly because of her married life with former American football player Michael Strahan.

Jean Muggli was born on 1965  in the USA. She raised with her sister, Denis Muggli.

Jean Muggli is an American former cosmetic store manager. She came to prominence as a wife of  American football defensive, Michael Strahan.

After the divorce, she urged to the court that her ex-husband had to pay more than half of his $22 million fortune. In 2007, court auctioned their Montclair, New Jersey mansion for $3.6 million and the sales money was distributed equally between the two.

She was the second wife of Strahan after Wands Hutchins. Strahan has two children; a daughter named Tanita Strahan (1992) and a son Michael Anthony Strahan, Jr. (1995) from his first wife.

However, they put an end to their seven years long marriage on 20th July 2006. After getting divorced, Jean and Michael fell into controversial news when Jean accused her husband Michael of beating her.

Muggli also accused Michael of making a videotape of her sister when she was undressed. In 2005, there came a news that Michael punched on the face of Jean and she was beaten badly by Michael.

Muggli also mentioned that she was once beaten badly such that the blood came from urine for several days. She received the total amount of $15 million as divorce settlement and the addition of $18000 monthly as child support.

According to the testimony, she claimed that her daughters prefer to be accessorized so, she received an additional $22500 on photo shoots, $27,000 for clothing and $1700 for language classes.

After divorcing her husband, she is single and is very busy caring her daughters.