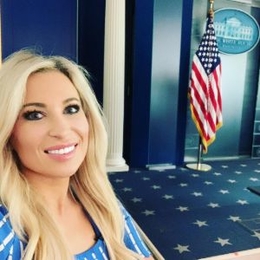 Jenn Pellegrino is the news personality best known as the co-host on the show Cortes & Pellegrino 9 pm ET Weeknights at Newsmax Media. Besides, she also served media firms, QVC, and Fox News for few years.

Does Jenn Pellegrino have a Boyfriend?

To everyone wondering about Jenn Pellegrino's relationship status, the gorgeous reporter is unmarried & single. On her social media platforms, Jenn only shares pictures regarding journalism & rarely gives insights into personal life. Jenn never introduced or revealed anything about her potent partner in public. Therefore, she appears to be single without a boyfriend rumor. 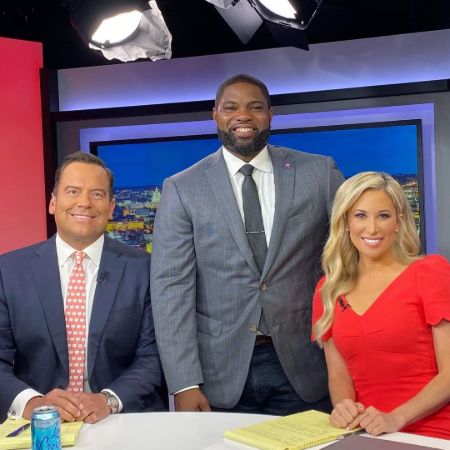 Jenn Pellegrino is a co-host of the Cortes & Pellegrino show. SOURCE: Instagram(jenn_pellegrino)

In addition, Jenn usually stays with her hands full of busy work schedules while traveling here & there for media coverage. It appears that outside her line of works, Jenn wants to maintain privacy in life. With a flourishing career & loved ones surrounding her, Pellegrino enjoys her life to the fullest.

Nevertheless, during her holidays and off-days, Jenn spends her quality time with her family and friends. As an avid dog lover, Pellegrino owns a pet dog, a golden retriever.

What does Jenn Pellegrino do for a Living?

The news reporter Jenn Pellegrino began her journalism journey with Fox News Channel as an Intern at the O'Reilly Factor from May 2007 to Sep 2007. Then, as guest coordinator, she worked for a media firm, QVC, for a year.

Watch the video of Jenn Pellegrino reporting for One America News Network below.

Afterward, in 2009, Jenn served as a production assistant for Fox News Channel for one year. There, she assisted in editing & managed the team of correspondents. Later on, Jenn gained popularity after being associated with One America News Network as a White House Correspondent.

Only in January 2022, Pellegrino spoke with Marjorie Taylor Greene on the call on her show about boycotting Twitter as the social platform had banned the Republic politician for violating rules. Pellegrino covered Marjorie's opinion on how the social platform spread misinformation, especially regarding Covid-19. Not to mention, Greene also suggested far-right to stop using Twitter as it filters and controls their speeches.

Currently, Jenn Pellegrino works as a co-host on the show Cortes & Pellegrino at 9 pm ET Weeknights at Newsmax Media, Inc since May 2021. From her job, Jenn receives a paycheck of $80,000 per annum.

Speaking of her wealth, Jenn has summoned the staggering net worth of almost $580,000. Brian Kilmeade is also a News personality on Fox TV. He has an estimated net worth of $2.5 million, while his salary is $200,000. Similarly, Like television personality and news reporter for KOMO-TV Dan Lewis's Net worth. 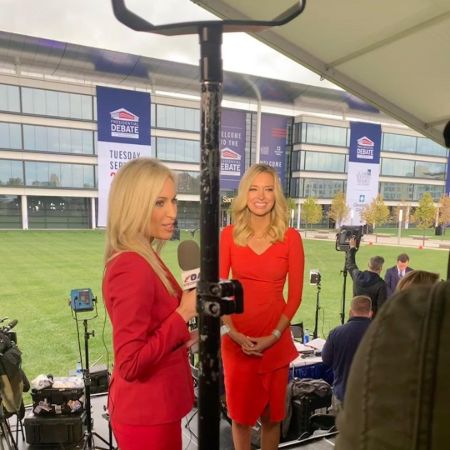