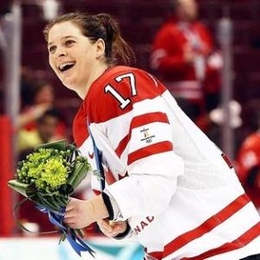 Some might think that sports are only for men, but Jennifer Botterill is one of those women who has overwritten such misconceptions. The retired ice hockey player is one of the finest players ever to play the game. Throughout her distinguished career, she won many awards and accolades for her works, both collective and individuals such as medals in Olympics, World championship, Angela James Bowl, CWHL Top Forward, CWHL First All-Star Team.

The retired hockey player Jennifer Botterill is a married lady and is happily married to her husband, Adrian Lomonaco. Her partner Adrian is an ice hockey coach who trains NHL, Olympic, national, and amateur players. 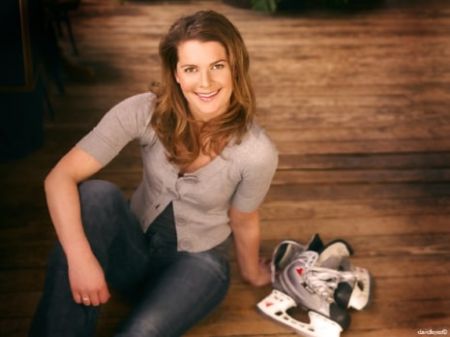 The 2010 Winter Olympics gold medalist exchanged holy vows with her other half on May 05, 2012. From that day onwards, the two are living as husband and wife.

Although it has been more seven years since Jennifer got hitched, it appears she is yet to have any children with her partner. The lady is relatively open about her life and, from time to time, gives updates to her followers through social media.

These days, Botterill is most of the time occupied by her works, usually doing commentary for shows, and attending and speaking at events and programs.

Check out the clip of Jennifer Botterill playing ice hockey!

In her active playing career of 14 years, she played in the Canadian Women's Hockey League teams like Mississauga Chiefs and Toronto Furies. While for the International level, she represented the Canadian national team from 1998 to 2010. 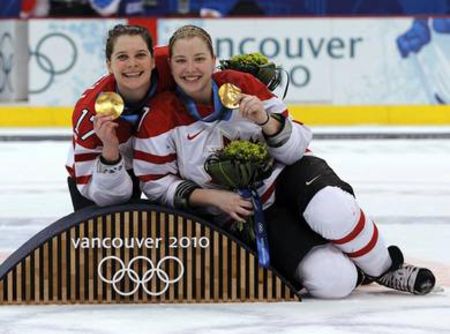 Jennifer Botterill showing off her gold medal at the 2010 Winter Olympics. SOURCE: Jenniferbotterill

During her career, she won several titles and medals, including the Winter Olympics, on many occasions, World Championship Trophy, and also numerous individual awards.

Retirement And Life After Ice Hockey

Since her exit from the hockey world, she has been working as the analyst and provides in-game analysis for New York Islanders television broadcasts. Furthermore, she is also working as the keynote speaker and works in television with CBC and TSN.

When asked about what her favorite part about working as a keynote speaker is, the veteran athlete said:

"I love working as a keynote speaker. It is a phenomenal chance to connect with people and provide insights from my life that can help them lead their best life. Being a keynote speaker I am constantly sharing and experiencing moments of appereication. I look forward to every speaking opportunity and enjoy all of it."

At present, Jennifer does various fundraising and keynote speaking at multiple events. She is also an Athlete Ambassador for Right To Play and has a website jenniferbotterill.com which provides information about her current works and career as a player. 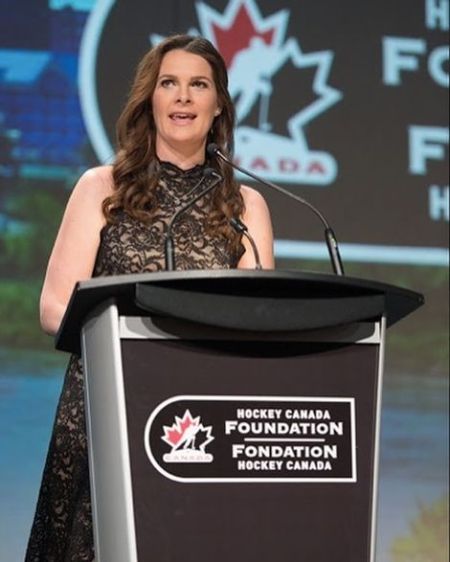 Botterill looks happy in what she is doing right now, and as she encourages, inspires, and gives confidence to people, especially young girls and women, she is becoming a role model for her country.

Make sure to check out our website, Married Wiki, for more celebrity Biography and News!!

Retired Canadian Ice Hockey player, Jennifer Botterill is married to her husband, Adrian Lomonaco. The two walked down the aisle on May 05, 2012.