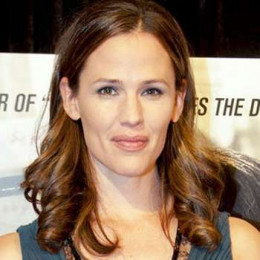 Jennifer Anne Garner is an actress and film producer, best known for her portrayal as CIA officer Sydney Bristow in the ABC spy-action thriller Alias, for which she won a Golden Globe Award and a SAG Award. She made her film debut in the comedy Dude, Where's My Car. Her upcoming movies are Miracles from Heaven and Nine Lives. She was born to Patricia Ann, an English teacher William John "Bill" Garner, a chemical engineer.

Accounting her personal life, she is currently dating boyfriend John Miller. Till now she has been married twice and both the time she decided to split up with her husband due to not having a strong bonding. She was married to her first husband Scott Foley for nearly 4 years and got divorced in 2004.

Recommended: Jennifer Garner on a Date with John Miller

After the divorce, she dated a guy for several months but was actually married her Daredevil co-star Ben Affleck in 2005. She has three kids from her second marriage.

The pair announced their intention to divorce in June 2015 and filed for legal documents in April 2017. The divorce was finalized in October 2018.

She studied at Denison University with a Bachelor of Fine Arts degree in theater performance in 1994.

Actor, director and screenwriter, Scott is the first husband of Jennifer. The two stayed as husband and wife for almost 4 years.

He is the second husband of Jennifer, who is her Daredevil co-star. The two stayed as husband and wife for almost 10 years.

She is the first child of Jennifer, whom she gave birth at the age of 33.

She is the youngest daughter of Jennifer, who was born on January 6, 2009.

He is the one and only son born to Jennifer, who was born healthy on February 27, 2012.