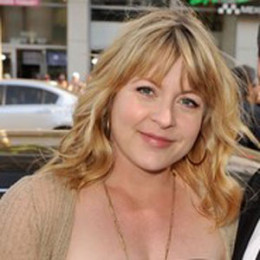 Jenny Robertson is an American actress, most known for portraying Robin Foster on the TV series Maggie Winters along with Faith Ford. She also played a recurring role on the comedy Reno 911! along with Niecy Nash. She is married to Coward's comedian and actor, Thomas Robertson and has a son named Oliver.

Jenny was born on November 2, 1963, in Ohio, USA. She attended Oak Hills High School and got her first experience in acting in Noel Coward's Blithe Spirit. There after she joined Northern Kentucky University and completed her graduation.

Robertson was interested in acting from her early days, so she joined the Actors Theatre of Louisville. She then moved to New York after following a year’s apprenticeship and made her film debut in Bull Durham in 1988.

The skillful actress had a recurring role on the comedy show titled Reno 911! alongside Niecy Nash. Furthermore, she made a cameo appearance in Role Models.

Further, she has appeared in Ghost Whisperer, The Horrible Terrible Misadventures of David Atkins, Alabama, Funny or Die Presents... and so on. Her latest role was in the 2016 short video I Am a Wolf, You Are the Moon.

Jenny Robertson is married to Thomas  Lennon, the famous actor, screenwriter, comedian, producer, and director. The couple started dating in 2002 and the same year they turned their relationship into that of a husband and wife. The pair has a son together named Oliver, born in 2009.

Jenny’s husband is also one of the popular actors whose net worth is estimated as $4 million. She is living a luxurious life with her husband and son. Her net worth is reported to be around $2 million.

Thomas is a multi-talented person and is mostly famous for his roles on the Comedy Central series Reno 911!, the CBS series The Odd Couple and as the cast of MTV's The State.

Thomas and Jenny have a son together named Oliver, born in 2009.