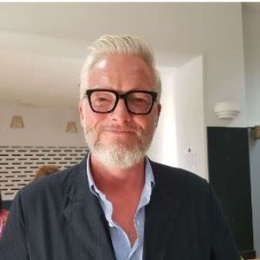 Jeremy Rainbird is an inspirational public figure about working at the intersection of property, entertainment, and media. He is best known as a co-founder of The Creative District Improvement Company and ex-husband of actress Sharon Horgan.

Is Jeremy Rainbird Married? Who's His Wife?

Jeremy Rainbird keeps his personal life away from the media and is most possibly single as of 2022. The film writer was married to her long-term partner Sharon Horgan. Rainbird probably met her around 20 years ago, on the movie set, and they eventually started dating each other. 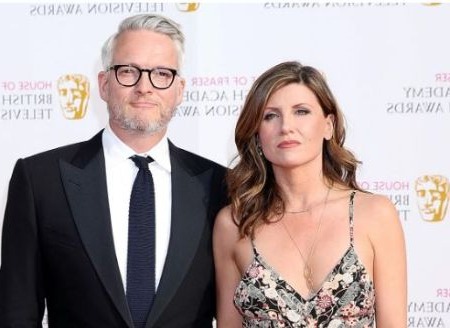 Moreover, Jeremy felt lucky to have to chat her into choosing him. The duo's wedding ceremony was held on October 16, 2005, at Chelsea Registry Office, London. It looked like their married life would continue forever, but it didn't go as planned for them.

The businessman's marriage to the actress famous for writing and appearing in television dramas based on her real life lasted for 14 years. Talking to the Sunday Times, Horgan confirmed her divorce in November 2019.

After their split, Jeremy's personal life was in the limelight of the media. Many magazines and newspapers began to build theories around the possible cause for their separation. The Daily Mail magazine reported that their divorce was based on the storyline of Sharon's HBO drama Divorce starring Sarah Parker. 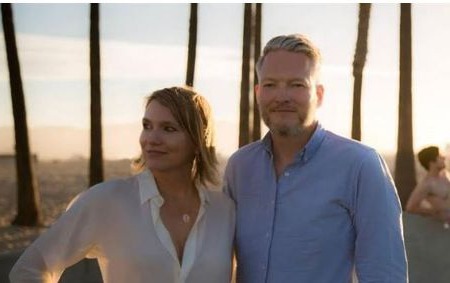 Following Jeremy's approval of parting ways, he praised her, saying, " She is a great mum and great business partner. And I love her dearly but at some point in the next three to four months the divorce will be finalized." Divorce can be handy, and that shame should not be attached to relationship failure.

The actress moved on from her failed relationship. Later, she was seen kissing Tim Burgess while standing on the shoulder of a major A-road. It's reported that Sharon has been an admirer of Tim since 1990 when he shot to fame due to his hit song 'The Only One I Know.

Both became acquainted after the guy tweeted how much he loved her while the lady appeared on the show 'Catastrophe' on Channel 4. And as their relationship proceeded, she sang on The Charlatans' album.

Interestingly, Jeremy's former spouse announced the unexpected pregnancy only six months into their relationship, giving birth to their first daughter Sadhbh Rainbird in 2006. The former flames went on to welcome the next child, a baby girl named Amer Rainbird, in 2011. 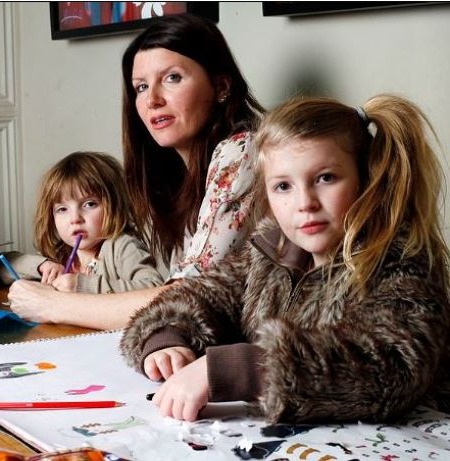 The family used to live together in Victoria Park Hackney. "I met my husband when I was 34, and found myself pregnant after we'd been together for only six months and did this extreme life change thing, I better get all this sorted out," Sharon described to The Guardian.

After the divorce, both focused on their respective careers while nurturing their kids. Sharon declared that the family had recently hung out together, and they all felt lucky that they were genuine friends.

Since the end of their marriage, the parents have not been shy about revealing the challenges of managing the responsibilities of co-parenting and working on new projects. The two keep on spending their spare time with their children.

Who is Jeremy Rainbird's Ex-Wife?

Jeremy Rainbird's former wife, Sharon Horgan, is the actress, producer, and writer. Recently, she acted in the projects like HouseBroken and Together. The former flames co-founded Merman, a production company, in 2015, where they worked with the best talents both in front and behind the camera.

Watch the video of Sharon Horgan on Have I Got News For You.

Also, Sharon was featured alongside Simon Pegg, Ophelia Lovibond and Lake Bell in Man Up. Sharon isn't just limited to acting but is also involved in writing. As a writer, Rainbird created shows like Pulling, for which she was awarded a British Comedy Award.

Jeremy Rainbird has summoned an annet worth somewhere between $1 million and $3 million. At 18, Jeremy wanted to set foot in the creative industry. He had a place at an art college but put the stop and went to Soho, the city of  Westminster, West End of London.

At age 25, with a £2.5k credit card, Jeremy Rainbird established his first business company, Addiction Worldwide, which had been a phenomenal success. It set a turnover of £15 million, with hundreds of personnel working in New York and London. It had clients like John Frieda and Voss Water.

Afterwards, Jeremy co-founded The Creative District Improvement Company, a business leading the rejuvenation of television studios across the nation. The third venture of Jeremy, Twickenham Studios, which he launched in June 2020.

Jeremy Rainbird keeps his personal life away from the media and is most possibly single as of 2022. The film writer was married to her long-term partner Sharon Horgan.

Sadhbh Rainbird is the first daughter of Jeremy Rainbird, born in 2006.