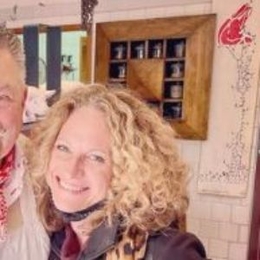 Jerri Manthey is an American reality television star, yoga instructor and event producer who appeared in Survivor Series, The Sueral Life, Widowmaker, Mr. Lucke and The Joe Schmo. Besides, she also posed for magazines like Playboy Magazine and HOOTER Magazines.

Who is the Husband of Jerri Manthey?

Jerri Manthey was married twice in the past and divorced each time. She was only 19 years old when the actress first exchanged the vows with Tony Krebil in 1989 but sadly split a year later when their irreconcilable differences hit their married life. 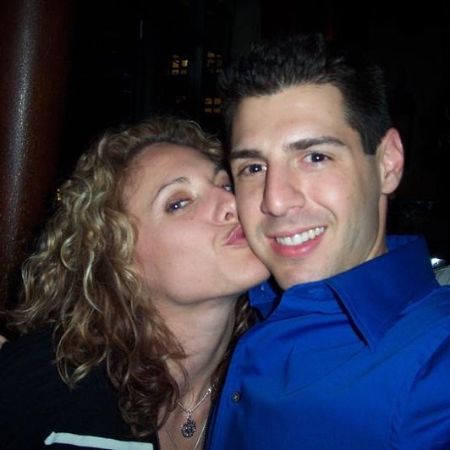 Jerry Manthey with Rob Cesternino at a Survivor Finale at NYC, 2003. SOURCE: Instagram(@jerrimanthey)

At that time, Manthey was 42, and like in her previous marriage, the ex-couple tried to save their relationship but ended in divorce. What's more, Jerri refused to mention the name of her second ex-husband, nor the reason behind their separation is entirely clear.

As of 2022, she is close to most of her male colleagues and uploads moments spent with her male friends. She possibly lives her single life to the fullest and resides in Los Angeles with her adorable pet dog, Rocki.

Jerri was previously in a romantic affair with Joe Rogan, an American podcaster and commentator for the UFC on Pay Per View. Jerri and Joe got together in 1997, before a breakthrough in their career. 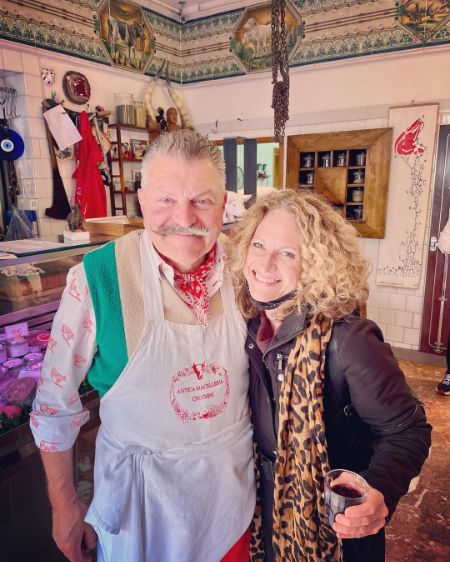 It's unknown how the former flames met, but the cause of their breakup in 2003 is said to be Joe cheating on her. "We used to have huge fights. Cause I wanted to have sex with other chicks. Look, I hooked her up with one of my friends," Joe admits of cheating on her on The Howard Stern Show.

Apart from Joe Jerri and Villains Tribe mates, Benjamin 'Coach' Wade was caught cuddling on Day 1 during Season 20. Even though the incident swirled the rumors at camp, both denied it, saying nothing was official among them. However, the two called each other trustworthy counterparts and kept their distance.

Long before entering the Survivor series as a participant in the 2001's Survivor: The Australian Outback, Jerri was busy with her acting. She made it in eighth place on the show. At the time, Jerri cemented herself as one of the CBS franchise's Black Widow featuring her love-hate relationship with Colby Donaldson. 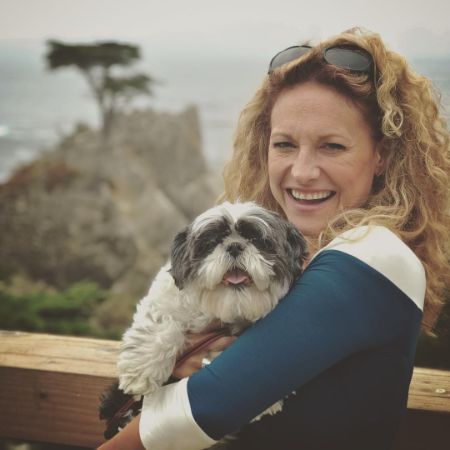 Afterward, she re-appeared in 2004's Survivor: All-Stars but finished 7th. During the reunion episode, Manthey got booed off-stage as she talked once Rob and Tom realized what she was saying about them.

Similarly, in 2010, Jerri made her comeback on the 20th season of the Survivor Series Survivor: Heroes vs. Villains and at that time, the lady stood in 17th place.

In her whole Survivor history, Jerri played overall 89 days, including 24 days in All-stars, 38 days in Heroes vs. Villains and 27 Days in Australia. She emerged victorious on one individual immunity challenge and three individual reward challenges.

Jerri Manthey has summoned an estimated net worth of $1.5 million. Her fruitful career as a host of RTV Zone Survivor Recap since 2012 has been her vital source of income. Jerri also gets paid by designing handcrafted antique jewelry made from flatware from the 1990s.

Watch the video of Jerri Manthey on season 2 of 'Survivor: The Outback.'

Further, Jerri made her first debut in the TV movie That Championship Season in 1999, playing the character of Claire. Her performance on the television series TMI Hollywood and Star-ving were well-appreciated by critics and the audience.

The lady has appeared on television ever since and as a contestant in reality shows like Blind Date, The Joe Schmo Show and The Surreal Life. Recently, she wrote, appeared and produced the film 'A mind of Woman.' Her upcoming and returning project, Let's Meet Halfway, will be released in 2023.

In 2021, Jerri became a part of a sketch comedy group 'Blow Girl.'Before working in the television industry, Jerri used to serve as a bartender in Los Angeles and at the restaurant Hooters in Alabama and Oklahoma in 1991.

Regarding her philanthropic works, Jerri conducts speaking engagements for several charities like Boarding for Breast Cancer, Angels on the Fairway, which works for battered women and children and Camp Kindle, which helps children affected with HIV/AIDS.

The 51-year-old entrepreneur shares photos on her IG handle of her travels, regularly hiking, camping with friends and exploring many restaurants. Also, the 51-year posts many yoga videos on her Instagram account.

On July 14, 2012, Jerri got hitched for the second time at Alabama Hills, California. Her All-Star tribemate, Lex van den Berghe, officiated the ceremony.