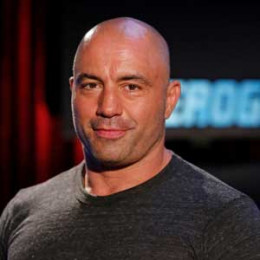 Joe Rogan is an American actor, announcer, stand-up comedian, martial artist and Television presenter who is the reason behind millions of people's laughter. He is doing comedy skits since 1988 and is seen performing comedy in Comedy Central channel's show called "Rocky Mountain High" and in the Netflix show "Triggered". Along with comedy he also appeared in the small and big screen. He debuted in the entertainment industry in 1994 in an American baseball sitcom named "Hardball" and started appearing in several movies and Television series later on.

Joe Rogan was born Joseph James Rogan on August 11, 1967, in Newark, New Jersey, United States. His family is of the mixed descent of Irish and Italian. Rogan's parents divorced when was just 5 years of age and his police officer father Joseph was nowhere to be seen after 2 years of divorce.

His childhood as he remembers was full of domestic violence at home but he wasn't the one who had to take the violence so he doesn't really complain about it. 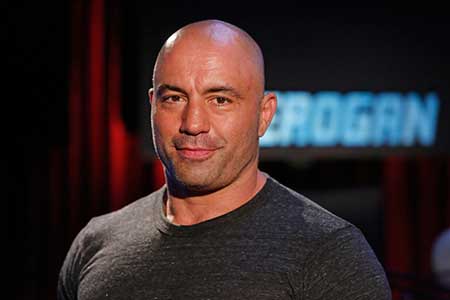 As for schooling, he attended Newton South High School in Massachusetts and graduated from the school in 1985. He was always interested in sports as a child. Rogan took part in a little league baseball and wanted to learn martial arts as well.

So to fulfill his desire to learn the art he, later on, at age 14 signed up for Karate and started competing in many taekwondo competitions. In the five years time, he was skilled enough and won US Open Championship Tournament as a lightweight.

He was able to win the state championship for four years consecutively and thus became the instructor of the sport. Rogan was up for the sport and also involved in kickboxing until he was 21 years of age but dropped out of the sport because of his frequent illness.

He suffered from headaches quite often and feared he might get injured seriously. Later on, after quitting the karate field he attended the University of Massachusetts Boston but after finding it unnecessary he soon dropped out.

Rogan is professionally an actor and a stand-up comedian. At first, he opted to stand up comedy which he had never thought of doing but his comedy talent was the reason his friends and closed ones pushed him to chose this path.

Rogan again traveled to Los Angeles to stay there as he thought the city will bring more opportunities for him.

He was signed to Disney Network for a development deal. Later on, he started getting noticed by the various production house and landed in some TV shows, television series and even in some movies.

Beyond calling UFC fights, he has one of the most famous and most listened podcasts in the world.

As he admitted retiring from UFC, he said that he's still enjoying his job.

Rogan performed his first comedy skit on August 27, 1988, at an open-mic night at a Stitches comedy club in Boston. It was just the start of his career so to earn his living he used to do several jobs like teaching martial arts, delivering newspapers, doing construction works and driving a limo.

Along with his other jobs he also used to perform comedy skits on clubs and while performing at the comedy club in Boston he was spotted by talent manager Jeff Sussman. He offered him to be his manager which he accepted and further on moved to New York. Some of his works from his comedy career includes Voodoo Punanny, Joe Rogan: Live, Talking Monkeys in Space which were available on CDs and DVDs.

He was a part of the online comedy show Live from the Tabernacle. Rogan was among the cast in the 2014 Comedy Central channel's show Rocky Mountain High. His popularity even led him to appear in the 2016 Netflix's show Triggered where he shows his comedy talent by doing stand up comedy skits.

Rogan landed in a sitcom named Hardball in 1994 where he portrayed Frank Valente. The following years he was cast in various TV series like NewsRadio as Joe Garrelli and in MADtv as himself for an episode.

In 1997 the mixed martial arts championship named Ultimate Fighting Championship, he appeared as an interviewer from 1997 to 2002 and worked as a commentator from 2002 till present.

Rogan hosted many shows in his lifetime like Fear Factor, Game Show in My Head, UFC Wired, and Joe Rogan Questions Everything. In 2015, he appeared as himself in the comedy Television series called Silicon Valley alongside actors T. J Miller, Martin Starr, Amanda Crew, Zach Woods, and Matt Ross.

He has done some features films and documentaries from 2002 to 2017. He starred in features TV Films like It's a Very Merry Muppet Christmas Movie, Zookeeper, Here Comes the Boom and Bright. In the 2017 movie Bright, he starred as himself and acted alongside actors Will Smith, Joel Edgerton, Lucy Fry, and Noomi Rapace.

Some of his Awards and Honors

Joe Rogan has an estimated net worth of $25 million according to Celebrity Net Worth but The Richest claims it to be $23 million. He earned his million dollar fortune from his career as a comedian and actor.

Joe Rogan is married who tied the knot to his beautiful wife Jessica Schimmel in 2009 after they delivered their first child together the year before in May 2008.

The following year after their marriage, the couple welcomed their second daughter in 2010. Rogan and family are living in Boulder, Colorado.

It’s a beautiful day in Southern California! @marshallmaerogan and I are getting it in and wishing you all love and happiness!

He is the stepfather to his wife Schimmel's daughter from her former relationship. Before getting married to Jessica he was in a relationship with actress Jerri Manthey in 2001.

He has a black belt from Eddie Bravo's 10th Planet Jiu-Jitsu and in Brazilian jiu-jitsu under Jean Jacques Machado. Rogan has vitiligo on his hands and feet which is a skin condition. He has around 5.4 million followers on his Instagram account as of January 2019. 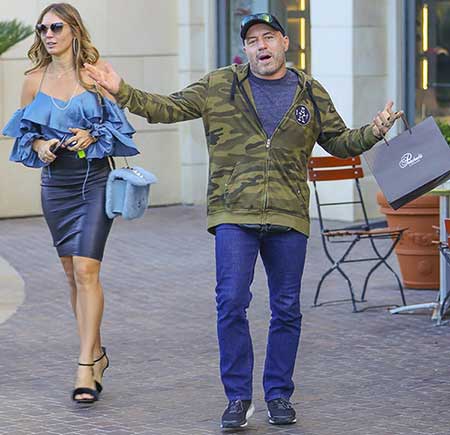 He meditated in the isolation tank which helped him explore the nature of consciousness and improved his performances in various activities. Rogan has a youtube account under the name Powerful JRE where posts his podcasts.

Joe Rogan is married to former cocktail waitress Jessica Schimmel in the year 2009. They have two daughters together.