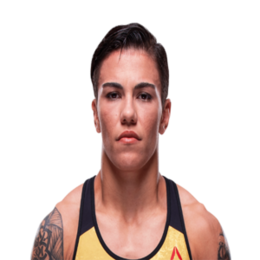 Best recognized for her killer and violent attack, UFC titleholder Jessica Andrade's magic at the ring has always been as tough as her. In nearly a decade of her career, Andrade's golden punches and throws that make her a star in martial arts are figuratively is no new thing to the world. But, here's what you need to know about Jessica Andrade outside the ring.

Jessica Andrade Got Hitched In Feb. 2019

The formerly number one UFC Women's Strawweight champ made her marriage announcement on Instagram on 24th February by sharing an adorable picture with her then-newly bride from their wedding. 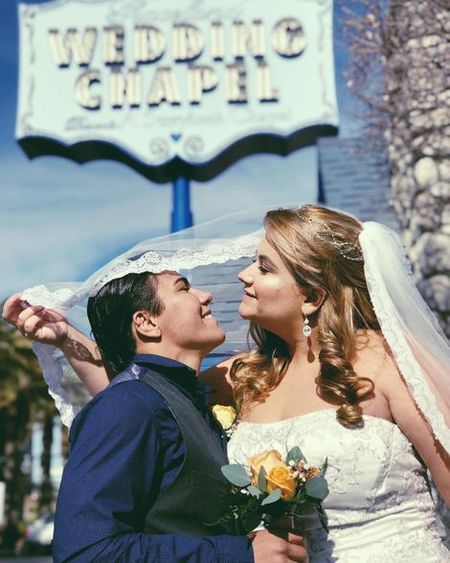 Andrade and his long-term girlfriend, Fernanda Gomez, a former biology student, jetted off to Las Vegas to mark their special day. Jessica, who has been openly gay dated her partner for numerous years before she was ready to move to the next chapter of their life in 2017, the year she proposed to her girlfriend.

As a matter of fact, the engagement was a public announcement at the UFC 211 Women's Strawweight game held in Dallas where she was knocked out by her opponent, a fellow UFC female champ, Joanna Jedrzejczyk. Although Andrade couldn't win the match, she still came out as the winner of the night.

Speaking to the interviewer after the game, Jessica in her mother tongue expressed how she came to the ring to win but was still glad about the defeat claiming that she was in her early career. It was right after that, that the Parana native made the announcement of the proposal.

And, as the translator speaks, a loud cheer noise can be heard from the audience whilst Jessica blows a kiss to her then-newly fiancee who couldn't look happier from her seat as she receives congratulatory hugs.

Two years later, the lovely couple happily tied the knot in Las Vegas at the Graceland Wedding Chapel where Jessica looked smart in a blue shirt and pants accompanied by a black waistcoat whilst her wife made a great bride in an off-shoulder white gown. Whilst Andradde's wife's personal life is least known to the public, she is known to be a big fan of photography.

Jessica & Her Wife Were Robbed At Gunpoint

In late May 2019, Andrade and her wife, Gomez, were held at gunpoint by robbers whilst the couple was back home in Brazil. As per the revelation made by Jessica herself on Instagram, she was driving in Niteroi along with her wife when they were suddenly stopped in the middle of the road and were held at gunpoint. 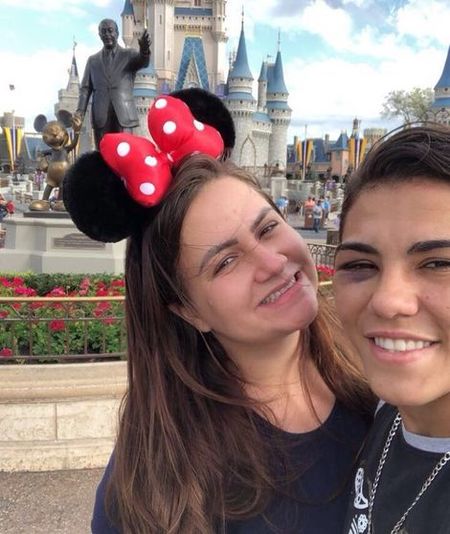 Luckily, the pair was left unharmed whilst the robbers took their phones and the Honda H-RV that Jessica drove for the night. As declared by Andrade's manager, Tiago Okamura, all of them were glad to be safe as situations could have turned differently. Joseph Benavidez is a well-known MMA fighter.

The pro martial artist who seldom lost a few games in the rings undoubtedly makes a hefty income from her career. Although she couldn't win the UFC on ESPN +15 against Zhang Weili in August 2019, she previously won a lot of games including the UFC 228 against Karolina Kowalkiewicz which gained her the Performance of the Night award that includes separate bonus cash prizes to winning fighters. 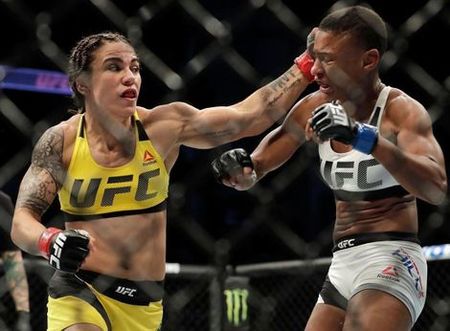 As of 2022, Andrade made a career earning of more than $2 million from official fighting matches. Precisely, after defeating Kowalkiewicz, Andrade was able to take home a prize of $145,0000. And, with her win against Joanne Calderwood, she won $101,000 whilst she received $45,000 for defeating Jessica Penne.