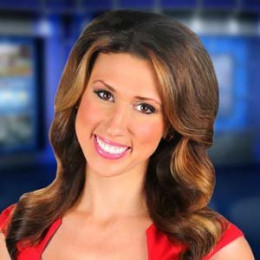 A reporter, Jessica Boyington is currently single. She completed her degree in Communications from Rowan University. Before starting to her career in broadcast journalism, Boyington was named Miss New Jersey USA 2006 and competed and represented the State of New Jersey in the Miss USA pageant on NBC. She is also a trained dancer and former dance instructor. Boyington is a staunch supporter of animal welfare/advocacy and has volunteered for local animal rescues throughout her life.

Jessica Boyington was born on May 30, 1985, in Philadelphia, Pennsylvania to Jesse and Claire Boyington. She is the second child of her parents and spent her childhood in Cherry Hill, New Jersey along with her older sister Kristin. She is American and belongs to White-American ethnicity.

Boyington attended Paul VI High School, a private Roman Catholic High School in Haddonfield, New Jersey. In 2003 she joined Rowan University in Glassboro. In 2008 she graduated with a degree in Communications.

The competition provided her the platform due to which she many modeling deals. She featured in the Macy's Seventeen Magazine and also in a commercial for Conair Hair Products.

Before beginning her career as a local Philadelphia traffic reporter in 2011, Boyington served as a guest co-host on 96.5’s The Chio in the Morning, Sirius Satellite Radio’s The Morning Mash-Up and Q102 Philadelphia’s The Booker Show. In 2005, she competed on the Game Show Network's Deal or No Deal hosted by Howie Mandel.

Jessica Boyington joined NBC10 in 2015. Her traffic updates can currently be seen on NBC10 News Today, airing weekdays from 4:30 to 7 am.

The former Miss New Jersey, at present, seems to be in a relationship but is yet to make her boyfriend's name public. She often posts photos of them together on her Instagram account. The lovebirds seem genuinely happy with their relationship.

At first I thought it was warm because I was wearing a giant coat in the newsroom but it’s really because Valentine’s Day came early this year. #valentinesdaygivesmewings (Everyone just relaaaaaax, and thanks to the Wings for sending!)

Boyington besides spending time with her boyfriend likes hanging out with her nephew and niece. She is also fond of animals and has two Jack Russell terriers, Taz, a cancer survivor and Rocky, a rescue dog.

Due to her love for animals, she has volunteered for many causes for the well being of animals. From 2013 to 2015 she was an animal care supervisor with the Animal Welfare Association in Voorhees. She is also part of NBCUniversal's Clear The Shelters which aims at providing animals a permanent home.

She also a fitness freak and does Crossfit. Recently in 2017, she took part in the Blue Cross Broad Street Run. Her favorite sport is football, and she is a fan of Philadelphia Eagles.

Jessica Boyington has successfully collected an estimated net worth of $9 million. Currently, she works as a traffic reporter for NBC10, and according to records, she earns the salary around $40k annually.

She is also former Miss New Jersey, and as a winner, she got a personal appearance contract. It also got her opportunity to feature in Seventeen Magazine.

Her pictures on Instagram shows that she often travels to eye-catching places. Miss Boyington is living a lavish lifestyle.