Jessica Meraz is one of the rising Hollywood stars who made her acting debut in late 2005 on the TV film Flushing Guppies. She is popularly known for her role as Detective Camila Paige in the sixth season of Major Crimes.

Jessica Meraz has not yet announced her present relationship status but often spotted with her male co-stars. For the very reason, she is speculated of dating someone secretly.

Assuming her most recent activities, Meraz is nowadays close to the Brazilian gay actor an model, Richard Biglia but refers him as a new friend.

Meraz falls under the list of those actresses who prefer to keep their personal life confidential that might be the reason, she never talked about her relationship and dating life publicly.

Petition to create flamingo emoji: @jonathanducrest who is now taking actor headshots! Hit him up!

The actress is quite active on Instagram and often shares her daily updates with her thousand followers. She has a dog with whom she frequently posted pictures on social sites.

Jessica Meraz's Net Worth and Salary

Jessica Meraz holds an estimated net worth somewhere $250 thousand ballparks. The actress might earn $49,599 from her screen appearances. Moreover, she also made a good fortune from brand endorsements.

Meraz has 18 thousand+ followers on her Instagram and she earns $117 - $195 per promotional post. Besides that, Kill Me Twice actress enrolled in charities and social cost activities.

As of May 2020, Jessica is set to appear in the American television series, "Major Crimes Season 6". The show will be broadcast from Monday 25 May, 2020 on France 2. Jessica will be staring the character of detective Camila Paige alongside Amirah Vann, and Billy Burke.

Jessica Meraz was born on the West Texas town of El Paso to Mexican mother and  Scots-Irish father. She graduated from the University of Southern California in BA. 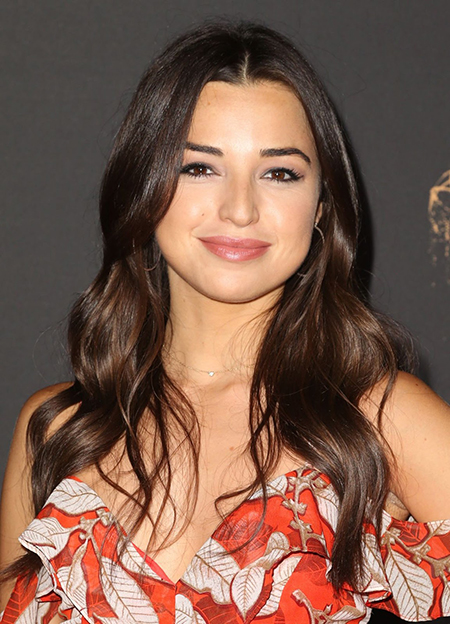 Meraz debuted in acting in 2006 with a TV movie, Flushing Guppies where she portrayed the role of Kiran Bakshi. Then she featured in a number of TV series including Greek, Life Stinks?, Newsreaders, Watsky's Releasing an Album and others.