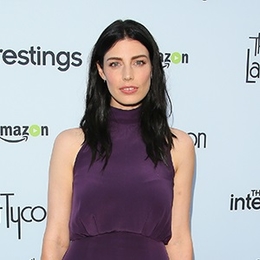 A Canadian actress, as well as singer Jessica Paré, is famous for her role as Officer Amanda "Mandy" Ellis in the series SEAL Team. Similarly, Pare further appeared in 43 episodes of the series Mad Men as Megan Calvet Draper from 2010–2015.

Is Jessica Paré Planning To Get Married To Her Boyfriend?

Mad Men cast Jessica Paré is in a relationship with her long-term boyfriend, John Kastner, a Canadian musician, and composer. The lovebirds officially began dating in 2013. The public knew about their relationship when Pare shared a picture kissing John on chick on Facebook on February 2013. However, the details regarding how and when they met are still a mystery. 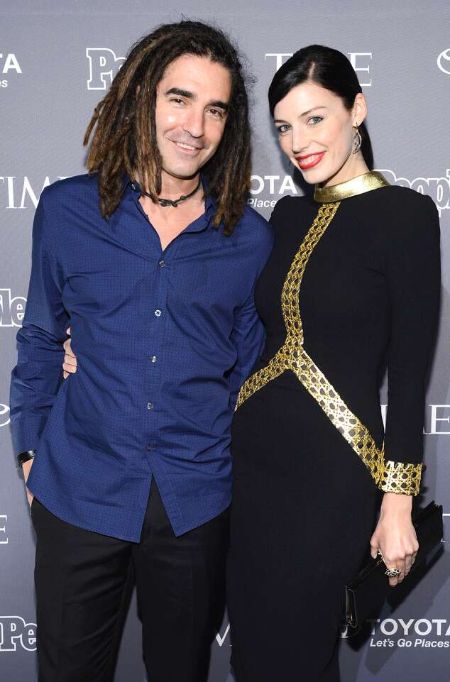 Nevertheless, from their relationship, the duo shares a child, son. In October 2014, the actress confirmed in an interview that she and her boyfriend John are expecting their first child. Pare mentioned that they are about to welcome a new family member in 2015.

Later on 19th March 2015, Pare gave birth to their child Blues Anthony Paré Kastner. The couple gave the happy news on 21st March, Friday. Moreover, John shared a beautiful picture of their newly born child and his daughter Summer Lee on Instagram. He captioned the picture as; 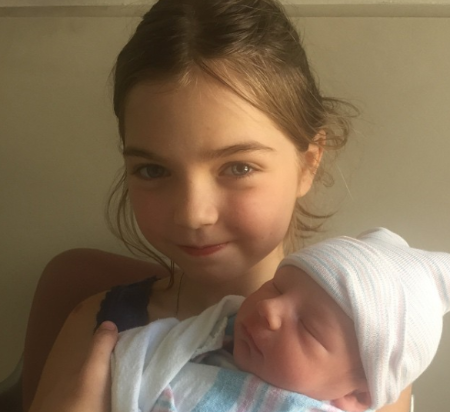 Just like Pare, her partner John is also a divorcee. He was formerly married to a Canadian actress Nicole de Boer. They tied the nuptial knot in 1999 but parted their ways in 2012.

Even though the couple is in a relationship for over 6 years and further has a child, they haven't mentioned any plans to get engaged or married. Furthermore, there are no rumors surfaced on the internet regarding their wedding. Maybe the pair will soon walk down the aisle and give the happy news to their fans. 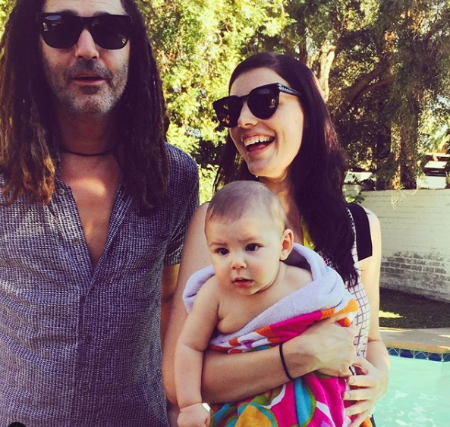 Pare and John are currently living happily along with their kids. They spend quality time together and do not miss to share adorable pictures of their happy moments on respective social accounts.

Divorce With Her Ex-husband And Past Relationship

The 5 feet 8 inches tall actress Jessica Paré was married to Joseph M. Smith prior to her relationship with her current partner John Kastner. Her former spouse Joseph is an American actor and producer. Jessica and Joseph met for the first time in 2006 and began dating.

After dating for a few months, the lovebirds finally tied the knot on 10th August 2007. Their wedding took place in an intimate ceremony in the presence of close friends and family members. 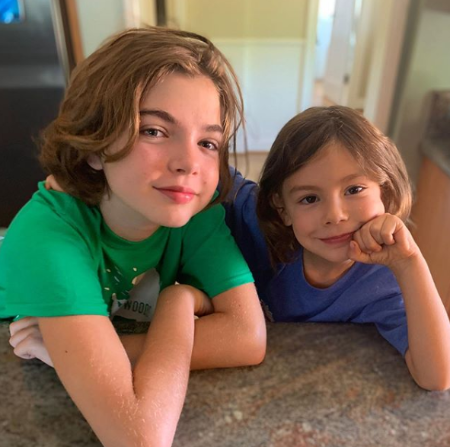 However, the things did not work out well in between the couple which resulted in their divorce. Pare and her former spouse Joseph parted their ways in 2010 after three years of marital bliss. So far, neither Pare nor Joseph have mentioned the actual reason behind their split. But some source claims that they separated due to misunderstanding and personal differences.

From their conjugal relationship, the pair do not share children. Besides this, Pare was also in a relationship with Canadian snowboarder Ross Rebagliati. They started dating in 2002. Unfortunately, they failed to continue their love life for long and broke up just after two years in 2004.

From her thriving career, Jessica Paré earns an astonishing amount of money. Paré's net worth is reportedly around $6 million as of 2019. Currently, she portrays the role of Officer Amanda "Mandy" Ellis in the TV series SEAL Team. For her role, Pare receives a salary of $20 thousand per episode.

In the series, Pare shares the screen along with wealthy celebrities including David Boreanaz, A.J. Buckley, Toni Trucks, and others. Her co-stars David and A.J. have a net worth of $30 million and $2 million respectively.

Likewise, Pare has further played in hit TV series and movies. Pare starring 2015 movie Brooklyn made a worldwide gross of $62.1 million. The production budget of the movie was $11 million. Furthermore, her 2001 movie Lost and Delirious earned a total of $307,233 on the box office.

Apart from Pare's income, her lover John Kastner also earns a decent sum of money from his career in the music industry. John's net worth is estimated to be around $1.5 million. Having such a fruitful income, Pare is probably living a luxurious life along with her partner and children.

Does Jessica Paré Have Any Connection With Michael Pare?

Most of the people are confused and often wonder whether Jessica Paré and Michael Pare are related to each other or not. Well, the answer is 'No.' Michael Paré is a renowned American actor who came to the stardom after portraying the role of Tom Cody in the movie Road to Hell for which he won the best actor award.

Their fans even consider them as siblings. Jessica and Michael have a similar surname. Maybe it is the reason for people to be confused.

SEAL Team actress Jessica Paré is also famous for her unique and attractive smile despite her successful profession. It is one of the distinctive features that Pare who went vegan in the late 2000s' has. Most often, people talk or ask about Pare's teeth in interviews. Pare is often questioned why she does not fix her teeth gaps?

Back in 2012, Pare discussed her teeth in an interview. Pare auditioned for the role of a prostitute who slaps Don in the face during sex, in season four of Mad Men. But she did not get the chance to portray in the series.

However, the director/creator of the series Matt Weiner called back Pare for another role in the next season. Well, the reason to call her back was her tooth gap. In an interview, Pare said;

“Weiner found himself drawn to Paré’s gap-toothed smile. Her teeth are so distinctive he even wrote a scene in which Megan recalls being told she could never be an actress because of them. Paré doesn’t understand all the fuss. ‘I forget about them because they’re in my face and they do their job just great. I never get anything stuck in them.’ (For the record, the camera must add ten pounds to each tooth, because in person she’s a knockout.)”

The 38 years old actress, Paré feels proud and thankful to have such a unique teeth.

Keep in touch with Marriedwiki for more biographies and gossips.

SEAL Team cast Jessica Paré was married to Joseph M. Smith in 2007 but the couple ended their relationship with a divorce in 2010.

Blues Anthony Paré Kastner is the son of a Canadian actress Jessica Paré and her boyfriend John Kastner.