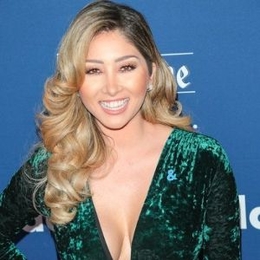 Joanna Zanella is a well-known name on the Latin soap operas. She is most famous for potraying the character of Christina Salazar in the TV series 'Sin Veguenza.' She also has established herself as a TV reporter and a entrepreneur.

It is a well-known fact among the fans of Joanna Zanella, that she is engaged to be married to Brendan Schaub since September 9, 2017. So, have the couple finally taken the big leap and exchanged wedding vows? 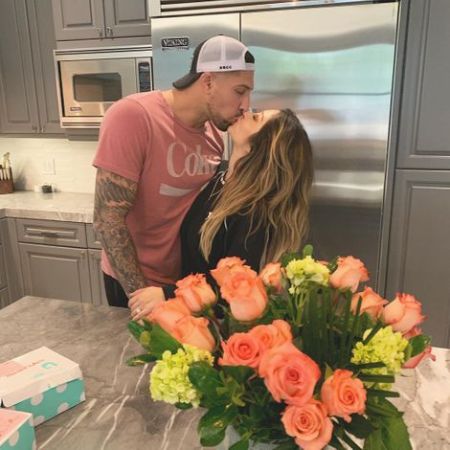 Well, it looks like Joanna's wedding rumor is true. On her Instagram bio, she has written she is married to Brendan Schaub. More to that, she uses @joannazanellaschaub as her Instagram name.

Zanella and her husband in general are very open about sharing pictures. However, the pair is yet to share wedding pictures. Thus, the details of their big day are yet to be known.

Zanella and her partner never provide details on how love blossomed between them. However, many speculated they met when she was covering UFC for Fox Sports in 2014. At that time, her now-husband worked as a mixed martial artist and competed in The Ultimate Fighter. 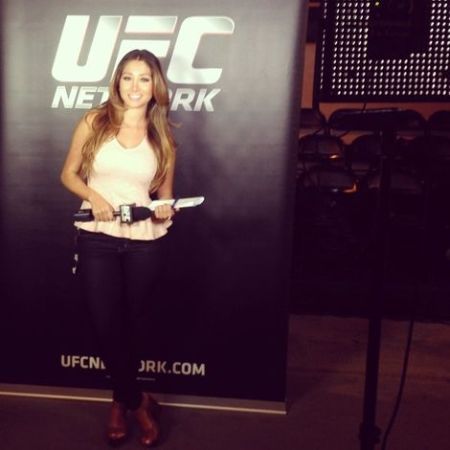 The speculation that Zanella and Schaub started seeing one another in 2014 is further supported by the fact that around that time, the former MMA player broke up with his then-girlfriend Ronda Rousey.

After dating for a couple of years, the former athlete finally went down in his knees. He popped the question to the actress with a round cut diamond pave setting platinum ring.

After the engagement, Zanella posted a heartfelt message on her social media. She stated that she has been waiting all her life for this moment. She furthermore thanked Brenden Schaub for making it so special.

Joanna gave birth to her first son Tiger Pax Schaub on February 21, 2016. Yeah, he was born well before his parents were engaged. The couple welcomed their second child Boston J Schaub after they walked down the aisle. He was born on November 26, 2019. 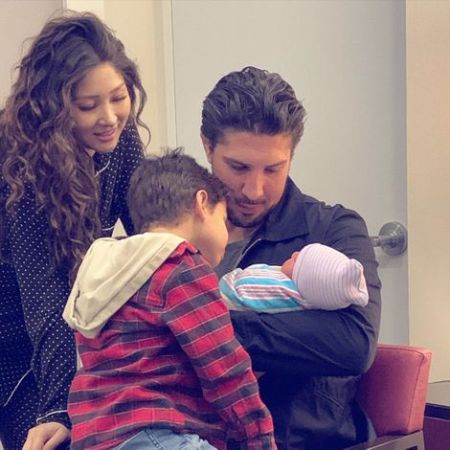 The News host's firstborn is just three years old, and the second kid is a few days old; however, both children have an Instagram account that is managed by their parents.

If you go through Joanna's Instagram account, you may feel like she is living a dream life with a loving husband and two beautiful children. However, the actress has been very vocal that pregnancy and motherhood both have been very hard for her. 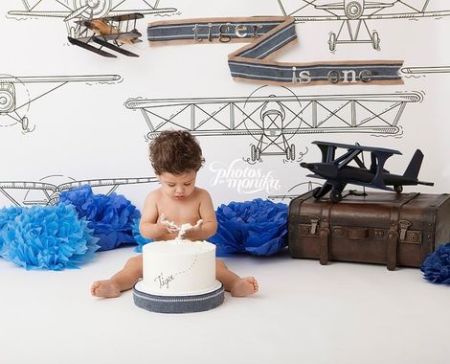 The model on her child's first birthday posted a lengthy message on her Instagram. In the caption, she admitted that she was terrified when she learned about her pregnancy. Furthermore, she was afraid she would not be able to be a good mom as she was never prepared for that. Nonetheless, she now feels that she do not need to be a perfect mom but the best as she can be.

Joanna was better prepared for her second child, but morning sickness throughout her pregnancy made it hard for her. At many times she felt like giving up. However, from the constant support of her husband and family members, she was able to go through the rough phase and give birth to a healthy boy.

Joanna Zanella holds an overall net worth of $1 million. She earned this fortune from a successful career as a model, actress ad TV host. 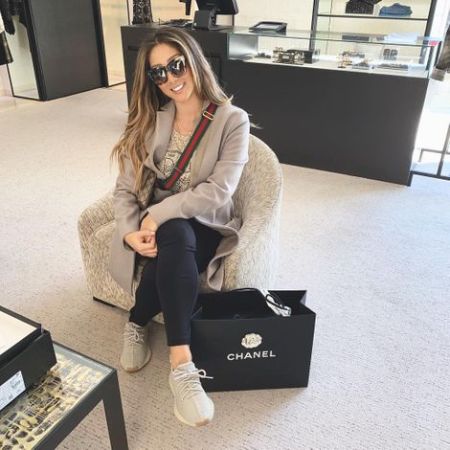 Zanella wanted to be an actress from the age of four, so by age ten, she took the first step towards her dream. She signed up with a agency and soon started modeling. She has been in the commercial of well-known brands such as Kraft, Nickelodeon, and Wells Fargo Bank.

After modeling for years, the child model transitioned into acting. She worked in many Latino soap operas from 2005. She is credited in projects such as "Un dia en el banco" and "Sin Verguenza."

In 2009, Zanella won the title of Miss Mexico Fox Sports USA. After that, she started working as a reporter for Univision Deportes and UFC Network. Zanella is also a owner of the JZSTYLE.

Joanna Zanella's Husband Is A Millionaire

Joanna Zanella's better half Brendan Schaub is an American stand-up comedian, podcast host, and former martial artist. He holds an overall net worth of $2 million. 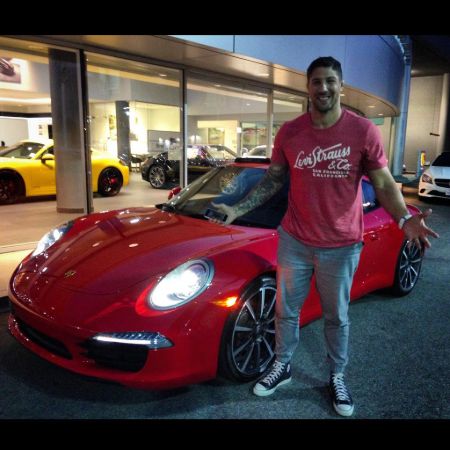 Schaub owns multiple real estates across the country. In January 2019, he sold his two-story home in Santa Monica for $2.17 million. Sadly, he did not earn any profits from the transactions. He also has a nice car collection. In 2015, he bought his dream car Porsche 911, which on general costs $91,100.

Brendan Schaub is a former MMA player. He retired in 2014 and started working as a host of podcast.

Tiger Pax Schaub is the first child of Joanna Zanella and Brendan Schaub. He was born before their parents wedding.

Boston J Schaub is the second child of Joanna Zanella with her partner Brenden Schaub. He has a older brother.