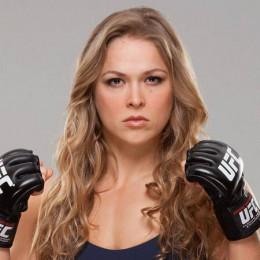 A beautiful and smoking hot American mixed martial artist, judoka and actress. According to her she had very tough childhood because she had speech problems and her father's suicide. She is daughter to Dr. AnnMaria DeMars who is a seventh-degree black belt in judo. In 2008 Olympic she got bronze medal and she earned back-to-back gold medals at the Pan American Championships. She is the first one to be UFC Women's Bantamweight Champion. She has mostly won all her mixed martial arts bouts by arm bar due to which she is nicknamed as "The Arm Collector" .

Ronda Rousey was born on 1st February 1987 in Riverside, California to Ron Rousey and AnnMaria De Mars. She has three other sisters Julia DeMars, Jennifer Rousey, and Maria Burns-Ortiz.

She had a problem with speech for the first six years of her life due to apraxia. She received intensive speech therapy with specialists at Minot State University.

Rousey started judo at 11. She was initially trained by her mother. She competed at the 2008 Olympic Games in Beijing, China. After the Olympics, she retired from judo at 21. She became the first American woman to receive an Olympic medal in judo.

She made debut in mixed martial arts as an amateur on 6 August 2010. At present, she is performing on the Raw brand. She received the longstanding nickname "Rowdy" inherited from late professional wrestler Roddy Piper.

In 2018, she started her career in wrestling and signed a contract with WWE. She debuted at WrestleMania 34. She received her first title winning the Raw Women's Championship at SummerSlam 2018.

Not just in the ring but she has her successful journey as an author and actress. Some of her movies include The Expendables 3 and Miles 22. She appeared in Furious 7 alongside Paul Walker, Dwayne Johnson, Michelle Rodriguez, Kurt Russell, and Tyrese Gibson.

Previously, she dated fellow UFC fighter, Brendan Schaub. In August, she was rumored to be dating UFC fighter Travis Browne when a picture of the two appeared on Twitter. Browne confirmed their relationship in October 2015. 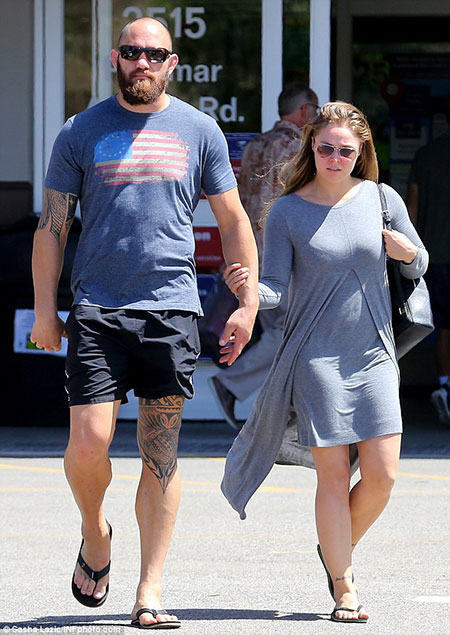 The couple got engaged on 20 April 2017 in New Zealand and tied the knot on 28 August 2017. They celebrated their first marriage anniversary on 27th August 2018 via Instagram.