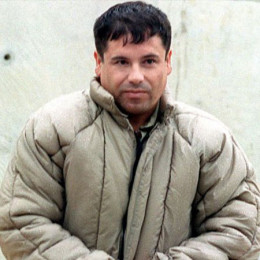 Joaquin Guzman is the former leader of the Sinaloa Cartel which was the leading drug trafficking organization in Mexico. He is currently detained and is believed to be the most powerful drug trafficker of all time.

Joaquin Guzman Personal Life: Who Is His Wife?

The couple has been married for 12 years since 2007. Emma Coronel was the daughter of his top deputy Ines Coronel Barreras in Canelas, Durango. Their wedding had the presence of top politicians and powerful people, though, it was kept hidden from the public eye.

The couple welcomed twin daughters in August 2011 in Lancaster. Aispuro gave birth to her daughters in Los Angeles Country Hospital in California named Maria Joaquina and Emali Guadalupe. In 2011, Emma, while being pregnant, drove to California to secure citizenship for her offsprings. 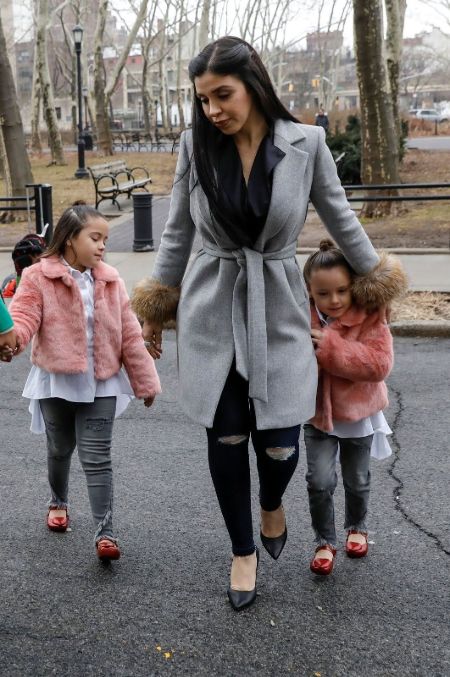 Joaquin Guzman and his wife with her daughters.
SOURCE: Pinterest

But Emma is not his first wife as Chapo is still married to his previous three wives. Guzman married Alejandrina Maria Salazar Hernandez in 1977 in a small ceremony in Jesus Maria. The couple share three children named Cesar Joaquin, Ivan Archivaldo, Jesus Alfredo. 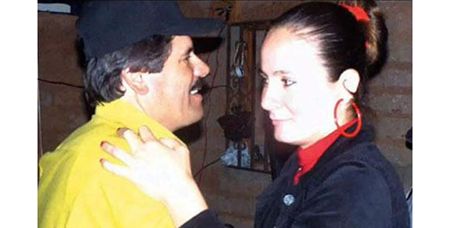 Subsequently, El Chapo married Griselda Lopez Perez in the mid-1980s and is a father of four children with her named Edgar Guzman, Joaquin Perez, Ovidio, and Griselda Guadalupe.

In 1997, Guzman fell in love with one of the bank clerk Estela Pena in Nayarit. Surprisingly, Guzman kidnapped Pena, had sexual relations with her and later on married her.

Most of the Joaquin Guzman family members were involved in his drug trafficking business and other criminal activities. Many of his sons were arrested and killed after suspected for supporting and carrying out his business in various parts of America.

Guzman's son Ivan Archivaldo was arrested in Guadalajara on money laundering charges in February 2005, sentenced to five years prison. El Chapo's son Edgar Guzman Lopez, furthermore, was killed in an ambush carried out by the Culiacan Police in 2008. Police found over 500 AK-47 bullet casings at the scene.

The 'Sinaloa Cartel' leader's son Jesus Alfredo was accused of being the member of his father's drug cartel. The U.S District Court of Illinois revealed that Alfredo was directly connected to drug trade between the U.S and Mexico. Alfredo's mother Alejandrina was added to financial sanction under the Kingpin Act in 2012. 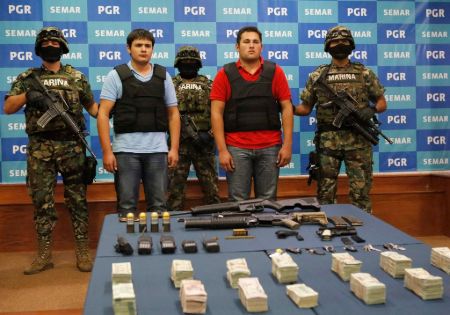 Joaquin's daughter Alejandrina was caught in the video posted to Facebook wearing a surgical mask with her dad's likeness emblazoned on it.

According to the narrator of the video, the boxes contained oil, sugar, rice, and some essential items that were handed out in Guadalajara, the country's largest city.

Notably, the distribution is linked to the "El CHapo 701" brand that was began  by the Alejandrina and markets alcohol or clothing using Joaquin's image.

How Much Is Joaquim Guzman Net Worth?

Joaquim Guzman holds an estimated net worth of $14 billion. Guzman accumulated most of his fortune from carrying out various illegal business including drug trafficking, racketeering, money laundering, murder, and other organized crimes.

Guzman's drug cartel controlled over 25% of the illegal drugs that entered the U.S through Mexico. His cartel, moreover, made over $3 billion a year through drug trafficking and smuggled over 155 tons of cocaine into the U.S.

Guzman was named the tenth richest man in Mexico in 2011 and was ranked among the most powerful people between the year 2009 to 2011 by Forbes magazines. He also owns various valuable properties across America and Mexico registered under his men's name.

Alejandrina Maria Salazar and Joaquin Guzman married in 1977 and shares three children together. They married through a small ceremony in Jesus Maria

Joaquin Guzman married Griselda Lopez Perez during the mid 1980s whom he shared four children together.

Joaquin married Emma Coronel Aispuro, the daughter of one of his top deputies Ines Coronel Barreras in November 2007.

Ivan Archivaldo was the second son of the drug lord Guzman. He was born from his mother Alejandrina.

Edgar Guzman was born the first child from his Joaquin's second marriage with Griselda Lopez Perez.

Griselda Guadalupe was the first daughter of Joaquin Guzman. She was the fourth child from his relation with Griselda

Maria Joaquin was the among the twin daughter born to Emma Coronel Aispuro and Joaquin Guzman.

Emali Guadalupe was the among the twin daughter born to Emma Coronel Aispuro and Joaquin Guzman.