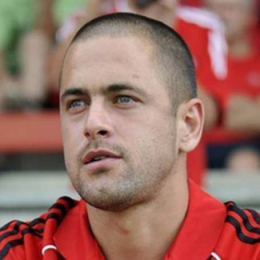 Joe Cole is one of the few British actors who is more popular with his onscreen role John Shelby from Peaky Blinders. The 30-year-old actor has already enjoyed quite an impressive career as he starred in a number of critically acclaimed shows like The Bill, Holby City, A Prayer Before Dawn, Gangs of London and others.

What Is Current Relationship Status of Joe Cole? Also Known About His Personal Life

The current relationship status of Joe Cole is possibly single and he is out of dating rumors. He is at the highest peak of his career which might be the reason, he wants to focus all his attention towards his career building than anything else. 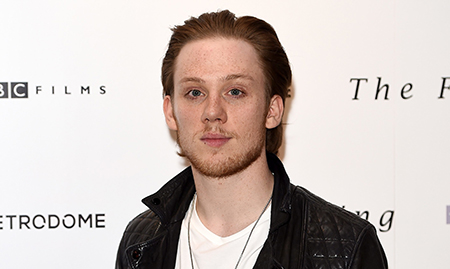 The actor, however, tweeted back in 2012 on Valentine's Day which won many hearts. Check it out!

Cole often shares his personal and professional updates with his fans on Instagram where he garnered more than 335k+ followers. Moreover, he starred with his younger brother, Finn Cole in Peaky Blinders.

Joe Cole's estimated net worth isn't less than $1 million as he already worked in more than two dozens fo films and TV series in his 9 years of an acting career. The actor earned $400k+ from Peaky Blinders.

In 2017, Joe starred in the drama film, A Prayer Before Dawn which collected $310,035 at the box office. Furthermore, his role as Billy Moore in the series wins him  Best Actor at the 2018 British Independent Film Awards.

Joe Cole was born on 28 November 1988 in Kingston upon Thames, London, the United Kingdom under the birth sign of Sagittarius. He grew up with his four younger brothers. He holds British nationality and belongs to White ethnicity/race.

Cole started his professional acting career in 2010 in a small role in the TV series, The Bill but got his major breakthrough in 2013 in Peaky Blinders as John Shelby. Some of his notable screen credit includes Happy New Year, Colin Burstead, Black Mirror, Green Room, The Falling, and others.