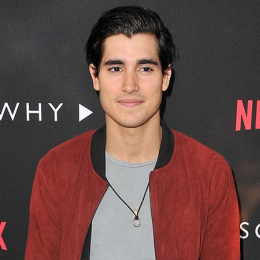 Brazilian actor, Henry Zaga is one of the few actors who gained recognition early in his career after he starred in MTV's highest-rated TV show, Teen Wolf as Josh Diaz. Later, he featured in XOXO and the hit series 13 Reasons Why which added extra feathers on his acting career.

What is the Current Relationship Status of Henry Zaga? Know More About His Personal Life;

Henry Zaga is possibly single at the moment but he was romantically linked up with his good friend, Amanda Elyss who is an actress and musician by profession. The duo often shares their pictures on their respective Instagram which creates speculation among fans and followers. However, officially they haven't confirmed anything.

The actor is an avid dog lover and pets two dogs named Parker and Brando and frequently post their pictures on his social sites. Furthermore, he loves spending his leisure time with his friends and families.

Zaga garnered more than 108k+ followers on Instagram and as per his popularity, he made $327.75-$546.25 per promotional post. Besides that, the actor has also gathered an impressive sum from his modeling projects and brans campaign.

Henry Zaga was born as Henrique Chagas Moniz de Aragao Gonzaga on April 30, 1993, in Federal District, Brazil to Admar Gonzaga and Sonia Gontijo. He grew up with her sister, Fernanda Gonzaga in Brasilia. He holds Brazilian nationality and belongs to mixed descents, Italian-Portuguese from his father side and Native Brazilian from mother side. 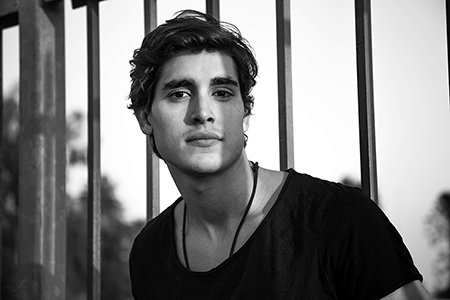 Henry made his acting debut in 2015 in short film, The Wing and the same year, he starred in Teen Wolf along with Tyler Posey, Crystal Reed, Dylan O'Brien, and others. In 2017, he featured in 13 Reasons Why as Brad which helps him to gain international fame.

The actor is all set to hit the silver screen with his upcoming project, The New Mutants which is scheduled to release in August 2019. Moreover, he also has seen in TV series, Trinkets in the main lead.