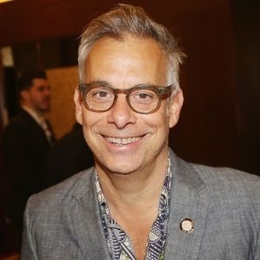 Joe Mantello is a American actor and director who is known for his work in Broadway shows such as 'Wicked,' 'Take Me Out,' and 'Assassins.' He also occasionally works in television and movies.

Joe Mantello grew up in Rockford, Illinois, in a Catholic family. In his school days, he never realized he was gay. However, within a week of joining North Carolina School of the Arts, he knew he was gay and began to identify as such. 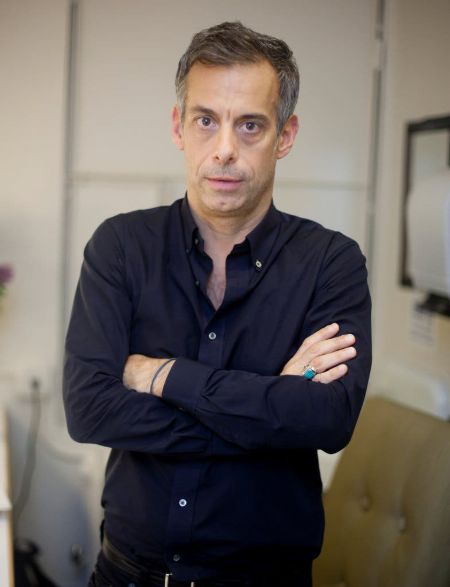 Mantello was afraid to reveal his sexuality to his parents because of their faith. Thankfully, the director's mother, Judy Mantello, herself guessed about his sexuality because of his closeness to his 'friend' Kevin.

After confirming her suspicion, she revealed the truth to Mantello's father, Richard.  At first, Mantello's parents were shocked, but later they accepted who he was and had no issues with his sexuality.

Who is Joe Mantello's Boyfriend?

Joe is currently dating a clothing company owner Paul Marlow. The pair is in a relationship since 2016, but Marlow already has a massive impact on Mantello's life, especially on his fashion sense.

Before dating Marlow, the 57-year-old mostly wore Shirts and jeans in primary colors such as black and gray. However, now on the insistence of his boyfriend, he wears more tailored clothes and even tries other more bright colors. 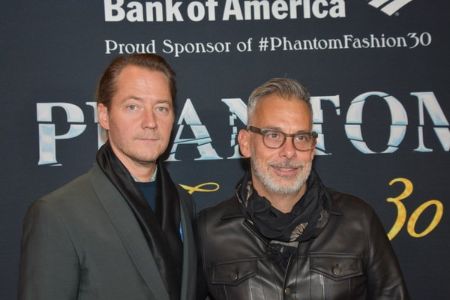 Mantello has confessed that he likes his new look. He thinks this polished look makes him feel more like an adult.

Joe was previously in a relationship with American Screenwriter and producer Jon Robin Baitz. They dated for twelve years from 1990-2002.

Joe Mantello Career and Net Worth

Joe Mantello is a multiple award-winning actor and director who mostly works in broadway. He is known for his work in 'Take Me Out,' 'Wicked Love! Valour! Compassion!' and 'Angels in America', among many others. 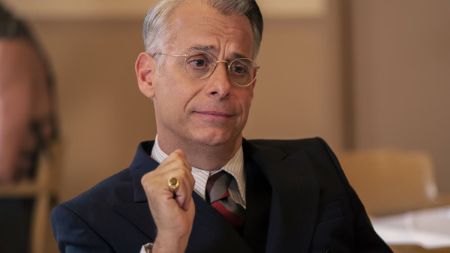 Joe Mantello in the role of Richard Samuels in the Netflix series Hollywood. IMAGE SOURCE: The Daily Beast

Despite gaining tremendous sucess in broadway, he was never interested in moving to Hollywood. In his over more than three-decade of career, he has worked in a handful of movies and television shows.

Most recently, he played Richard" Dick" Samuels in the Netflix miniseries Hollywood. The series which features actors such as Jim Parsons, Jake Picking, and Holland Taylor released on Netflix on May 1, 2020, to mixed review.

Joe, despite not regularly working in Hollywood, boasts a total net worth of $5 million. The main factor behind his fortunes is his handsome salary as a director. He is considered one of the most commercially sucessful Broadway director. His musical Wicked earned more than a billion dollars, and nearly all of his plays go housefull.

Also, Joe's real estate properties contribute a lot to his net worth. He owns three homes in different parts of America. He has a house in West Village, New York, a small Modernist house in Palm Springs, California, and a Hamptons getaway.