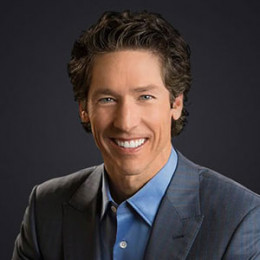 Joel Osteen is a senior pastor of Lakewood Church. He has made a mark for himself for interpreting The Bible and God in his own way. The Pastor is also a motivational speaker spreading positive energy all over the globe. Moreover, he is the author of seven books which are on The New York Times Best Seller list.

Joel Osteen accumulated a net worth of more than $50 million through his successful career as a pastor and televangelist.

Joel currently is focused on delivering sermons in sold-out stadiums and sports-arenas through which he earns in the range of $100k to $1million.

What you do in secret, God will reward in the open. Don’t worry if you’re not getting credit. God sees your sacrifice. Get this encouraging message “Serve Your Way Up” from Joel on iTunes, by clicking the link in the bio. #ServeYourWayUp #JoelOsteenPodcast

He received an annual salary of $200,000 as senior pastor of Lakewood Church which he no longer accepts. The church was renovated in 2005 making it a 1600 seater which cost him about $90 million.

The Lakewood Church has a budget upwards of $100million. As an active senior active senior pastor of the church, he has a prominent role in the expenditure of the budget.

He currently resides in a 17,000 square-foot mansion with his family, worth an estimated $10.5 million in River Oaks, Houston. The annual operating cost of the humongous estate itself is in six figures.

His first book Your Best Life Now published on 12 October 2004 was ranked number 1 on The New York Times Self Help Best Seller list. The book costs $14.62 for the hardcover and $15.42 for the paperback. It remained a bestseller for more than two years and sold over 8 million copies.

His second book named a Better You: 7 Keys to Improving Your Life Every Day also peaked The New York Times Best Seller list. The book costs $13.71 for the hardcover and $14 for the Paperback.

Joel Osteen is a happily married man as of now. He exchanged the vows with co-pastor of Lakewood Church, Victoria Osteen (née Iloff), on April 4, 1987. The couple is happier than ever with 31 years of married life under their belt. 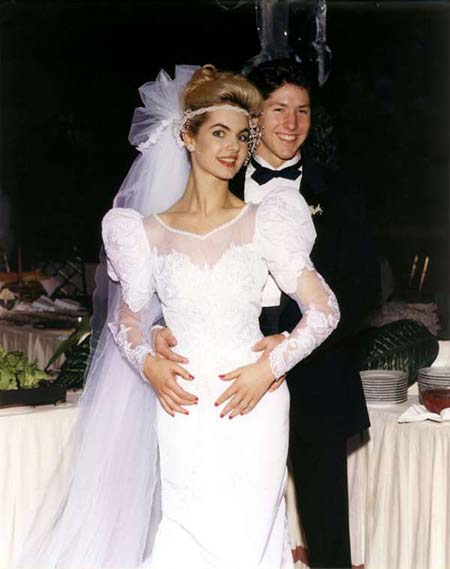 Joel and his wife are in the 31st year of their marriage
SOURCE: Houston Chronicle

The pastor succeeded to create a fulfilling and enriching family unit for himself. The couple shares two children together; son Jonathan Osteen born on 20 April 1995 and a daughter Alexandra Osteen born on 9 November 1999.

Joel Osteen maintains a perfect balance between his work life and family life. Despite being busy with his church management and fully booked shows, he dedicates some quality time for his family as well.

When God created you, He said, “That was very good.” The only time He used “very good” was when He created you. He calls you a masterpiece. Watch Joel’s new message this morning on Podcast! "You Are Fully Loaded": https://t.co/KwNtaNHhCw pic.twitter.com/l9F8RoVHk7

He opened up publically about his views against same-sex marriages, justifying his proclamation by quoting religious scripture that denounces same-sex marriages as sin during several interviews. He was surrounded by controversies relating to his views on several occasions.

Joel Osteen was born as Joel Scott Osteen on March 5, 1963, in Houston, Texas. He is the son of John Osteen who was a Pastor and founder of Lakewood Church and mother Dolores Pilgrim Osteen a church official. He shared his childhood with 4 other siblings Tamara Osteen, Lisa Osteen, Justin Osteen, and April Osteen.

Osteen attended the Oral Roberts University but did not graduate from the institution. He quit it in 1981, to work on his father’s television agency and functioned alongside his father as the publishing supervisor of John's Houston ministry show.

The couple worked together and found companionship in each other's arms eventually. They also have made a beautiful family unit for themselves.

The pastor has succeeded to create a fulfilling and enriching family unit for himself. The couple shares two children together Jonathan Osteen and Alexandra Osteen.

The pastor has succeeded to create a fulfilling and enriching family unit for himself. The couple shares two children together Jonathan Osteen and Alexandra Osteen.