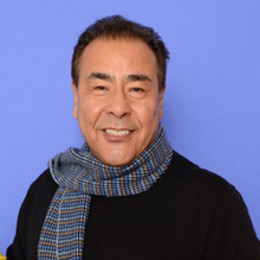 ABC News correspondent, John Quinones is the current host of 'What Would You Do?' He also worked as a radio news editor at 'KTRH' in Houston, Texas from 1975 to 1978 and also worked as an anchor-reporter for 'KPRC-TV.'

ABC News correspondent, John Quinones is the current host of 'What Would You Do?' He also worked as a radio news editor at 'KTRH' in Houston, Texas from 1975 to 1978 and also worked as an anchor-reporter for 'KPRC-TV.'

At the age of 13, Quinones family joined a caravan of migrant farmworkers and journeyed to Traverse City, Michigan to harvest cherries.

Quinones attended  Brackenridge High School in San Antonio where he was selected to take part in the federal anti-poverty program, Upward Bound. As an undergraduate, he was also a member of the  Sigma Beta-Zeta of Lambda Chi Alpha Fraternity.

He graduated from St. Mary's with a bachelor's degree in Speech Communication and earned his master's degree from  Columbia University's School of Journalism.

John Quinones started his journalism career as a radio news editor at KRTH in Houston, Texas in 1975 where he served until 1978. He also worked as an anchor and reporter for KPRC-TV. Then he joined WBBM-TV in Chicago. 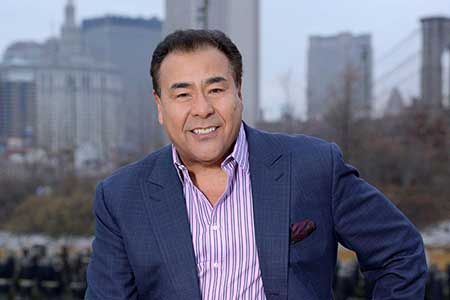 Quinones served as a general assignment correspondent with ABC News based in Miami in 1982.

He hosts the shows of ABC like  What Would You Do? and Primetime. He also reports for all ABC News programs including  20/20, Good Morning America, ABC World News Tonight and Nightline.

John Quinones has an estimated net worth of $2 million. He served in the ABC since 1982 and earned a good sum of the amount from his career. The average salary of ABC reporter is $86k but Quinones might earn more than the average salary.

John Quinones is happily married to former model Deanna White in 2010. The duo has no children. As of 2018, he lives in Manhattan, New York with his wife.

Previously, he married his high school sweetheart, Nancy Loftus at an intimate ceremony in West Palm Beach, Florida in 1988. The duo shared three children, Julian, Nicco, and Andrea. The couple failed to handle their married life and divorce after 21 years of marriage in 2009.

Quinones owned a house in Southlake, Texas, a vacation home in Vail, Colorado and a weekend home in The Hamptons, New York.

John Quinones was previously married to Nancy Loftus Quinones in 1988 and divorced in 2009. They are parents to three children.