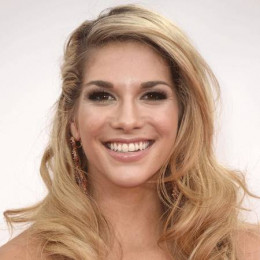 Allison Renae Holker is a professional dancer, best known as a contestant on the TV Show So You Think You Can Dance. She gave a mind blowing performance at the 2002 Olympic Games, opening and closing ceremonies. She studied at Timpanogos High School and later enrolled at The Dance Club in Orem, UT, there she began to specialize in Jazz, tap, Contemporary and Ballet.

Talking about her personal life, she is a happily married woman who married her longtime dated boyfriend. This is her first marriage. The couple seems positive and supportive towards each other so there is no point in their divorce.

Allison Holker was born as Allison Renae Holker Boss on February 6, 1988, in Minnesota but she was grown up in Orem, Utah.

In June 2006, Holker completed her graduation from Timpanogos High School. She is interested in dancing since her childhood days, at the age of nine she joined The Dance Club in Orem, UT.

She learned different forms of dance such as; Contemporary, Tap, Ballet, and Jazz. She also performed in the opening and closing ceremonies of the 2002 Winter Olympics.

Allison won various dance titles like;  her first National competition in Co DANCE in 2004 and as the National Senior Outstanding Dancer at the New York City Dance Alliance in 2005.

Holker began her movie career with High School Musical and High School Musical 2. She has worked on numerous commercials and reached on the top 8 on the second season of So You Think You Can Dance. She also danced at SYTYCD nationwide tour. Similarly, Lauren Gottlieb is also a SYTYCD Alum.

She also appears on the VH1 drama Hit the Floor. She then competed in the 19th season of Dancing with the Stars where she was partnered with Mean Girls actor Jonathan Bennett on the show.

The couple made it to the finals but lost the final. In 2103, she earned a Primetime Emmy Award nomination for Outstanding Choreography.

Alison Holker is in a marital relationship with the actor, Stephen Boss since 2013. The duo dated one another for years before tying a knot. Their wedding was held in Paso Robles, California.

The pair shares a son, Maddox Laurel who was born on March 27, 2017. They are together for a long time and shared a good bond with one another and there aren't any kinds of rumors regarding their split or divorce.

Holker has a daughter named Weslie Renae with his ex-fiance on 26 May 2008. The family of four is living a having a great time together.

Allison Holker has earned many fans following through her amazing dancing skills and despite that, she is quite a success to maintain a decent amount of net worth too. Her net worth is estimated to be around $2 million.

The couple got married at Villa San-Juliette Winery in Paso Robles, CA. Pictures of this lovely couple can be viewed on the internet easily.

She was born when Allison was 20 years old. Details about her biological father has not been disclosed yet.