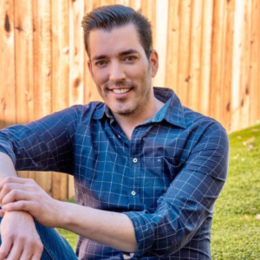 Jonathan Scott is a Canadian reality television personality, construction contractor, and television and film producer. Scott is the co-host of Property Brothers as well as the show's spinoffs with his twin brother Drew Scott.

Who is Jonathan Scott dating at Present?

For the fans of Jonathan Scott, the handsome hunk is a taken man. He is indeed dating Zooey Deschanel. And, Scott met Zooey Deschanel in August 2019 on an episode of Carpool Karaoke. They encountered while filming an episode of James Corden's singing talk show where Jonathan and his twin brother were pitted against the Deschanel sisters. 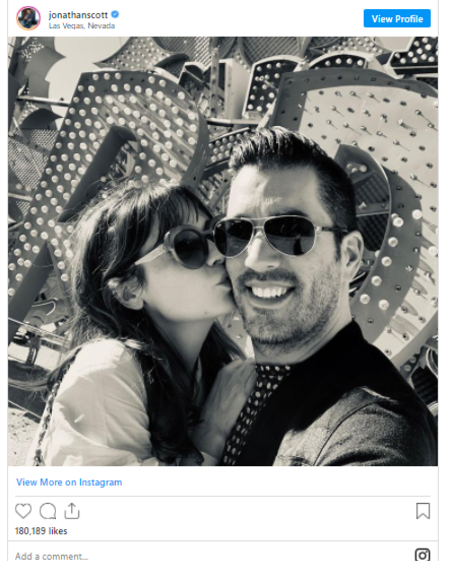 Not to mention, Scott also once uploaded a photo of the group on Instagram, captioning, "Met some new humans today. We had fun. I think I will keep them #carpoolkaraoke". And, the Property Brothers host Jonathan ultimately proposed his lady love after falling for her at first sight.

And, three months later, the two made their red-carpet debut as a couple in November 2019. Since then, they have relatively been open about their bonding and relationship. Most recently, Scott referred to Deschanel as his "perfect person" in an Instagram post.

On September 30, 2019, Scott and Deschanel also seemingly went on a double date. Further, the lovebirds attended the taping of "Dancing With The Stars" with his twin brother Drew Scott and his wife, Linda Phan.

In October 2019, Jonathan Scott and Zooey Deschanel shared their date night pictures on social media. And, the next day, Jacob Pechenik who is the former husband of Deschanel filed for divorce.

The same month, Scott and Deschanel attended Universal Studios Halloween Horror Nights together. Then a few weeks later, Scott shared a black and white photo of Scott and Zooey giving him a kiss on the cheek followed by a caption, "Simply a perfect date night."

In the meantime, Jonathan Scott is also a divorced man. And, his first marriage was to Kelsy Ully. Well, Scott was also in a relationship with the Canadian radio host Jacinta Kuznetsov. Scott and Kuznetsov sparked romance for three years. However, complications with both of their schedules tore them apart. 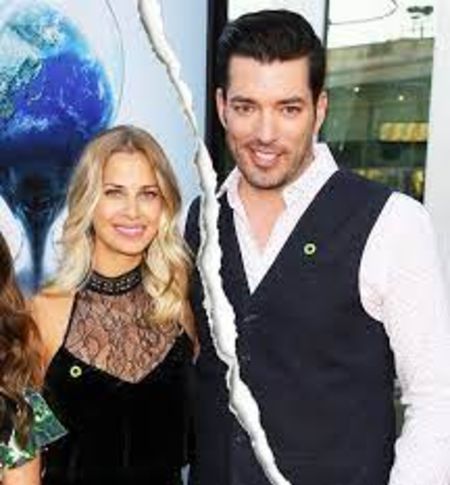 But before the world knew about Scott's relationship with Kuznetsov pretty well, Jonathan was married to Ully when Property Brothers first aired in 2011. After dating five years, he married Kelsy in 2007. Sadly, the two separated in 2010 and divorced in 2013.

Despite dating for so long, Scott and Ully were still young when they married. During an interview with Distractify, Scott mentioned that Ully's job as a waitress model at a club hurt their relationship. Ully worked long days and nights at a Las Vegas Pool Club.

The "New Girl" cast Zooey Deschanel was still legally married to former husband Jacob Pechenik but had been living separately since January when she began dating Jonathan Scott. Surprisingly, in one of the April 2020's episodes on his brother's podcast "At Home with Linda and Drew Scott," Jonathan said he developed a crush on Joey that day. 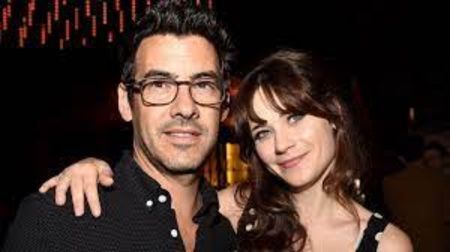 But, on September 6, 2019, Deschanel and Pechenik officially announced their divorce. Hence, after four years of marriage and 2 children together, Joey and Jacob legally parted too. Later that month, the couple said, they have decided to be better friends, business partners, and co-parents their children,

How Much Is Jonathan Scott Net Worth?

Jonathan Scott and his brother Drew Scott have a combined net worth of $200 million. Needless to say, they generate a huge amount from his career as a reality television personality. The primary source of their income is Property Brothers television and a home improvement franchise.

Jonathan Scott's first marriage was to a waitress model Kelsy Ully. They lived as husband and wife for nearly four years but soon they parted ways in 2010.