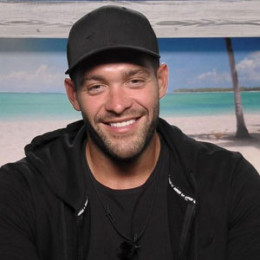 Jet-setter Jonny Mitchel is a British business director who is recognized as a contestant on the popular ITV show Love Island.

Jonny Mitchell was born in 1991. He is a British by nationality hailing from Essex.

Mitchell is a business director and travels a lot due to his work. He got the recognition after appearing in the show Love Island aired on ITV. He was the opponent of Theo Campbell before dropping out from the show. In the show, he stated that he will be featuring in next series of I’m A Celeb.

Jonny split up with his fiancée after five years of their relationship. He purposed to his fiancée in the tropical island of Bali. Currently, he is a single man.

In the show Love Island, he was seen having an affair with Tyla Carr. He also tried out on Camilla before going for Tyla on the show. He enjoys traveling a lot.

Once there was a huge buzz regarding his earnings and property. Seeing the luxurious watches, flash cars and glamorous home that flooded his social media, it was assumed that he is quite wealthy. However, it was soon revealed that all of those were fake, borrowed or rented. However, being a business director he possibly earns a decent amount from his career. He also made some amount from the Love Island show.