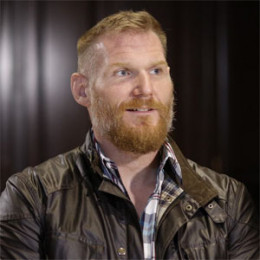 Barnett became the youngest UFC heavyweight champion after knocking down Randy Couture. In UFC he has a record of more than 20 wins and 8 losses.

He was in a relationship with an American mixed martial artist, Collen Schneider. The duo split up after they dated each other for a long time due to their personal reasons.

Josh Barnett was born on 12th March 1982 in Seattle, Washington. He attended Ballard High School, while he was in high school he excelled at football, wrestling and also trained in kickboxing and judo. He decided that he wanted to be a mixed martial arts fighter after he saw UFC2 as a sophomore.

Barnett went to the University of Montana to play football for the school as a walk-on but later he changed his mind and decided not to play for the University. Soon an instructor at Montana, adviced him to join a Dojo and then he went to train at the Bushidokan dojo of Jim Harrison.

Josh Barnett started his training for fighting at the age of 18. He made his professional entrance in early 1997 in Washington competing for United Full contact Federation. He won his fight in three minutes by rear-naked choke submission.

Barnett was invited to UFC after he won the match with Bobby Hoffman, Dan Severn, Bob Gilstrap and John Marsha two times. He made his UFC entrance at UFC 28 in 2000 and fought Gan McGee. He won the fight by the way of TKO.

Interview with "The Warmaster" Josh Barnett

Barnett signed for Dream in 2010 and he made his debut at Dream when he fought against Mighty Mo and won the fight through submission. He did some stint on Fantasy, Strikeforce, and Affliction Entertainment, Later he returned to UFC on May 21, 2013. In Affliction Entertainment after seven years, he lost to Pedro Rizzo for the first time by knockout.

At the time of his career, Barnett has won 35 matches out of 43. Among them, he won 21 by submission, 8 by knockout, 2 by decision and 1 by disqualification. Furthermore, in 2009 he won Metamoris Heavyweight Champion once. 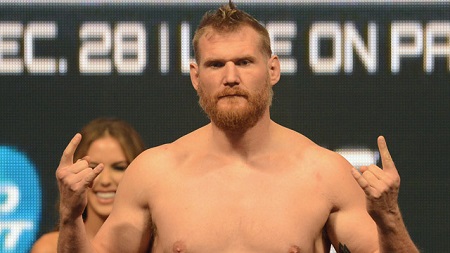 Other than UFC, Barnett featured in some movies such as Pride FC in 2006, Absolution in 2015, Never Back Down: No Surrender in 2016 etc. Moreover, he also appeared in the episode of web series Black Dynamite Teaches a Hard Way in 2013 as well as in Xbox 360 game Beautiful Katamari. 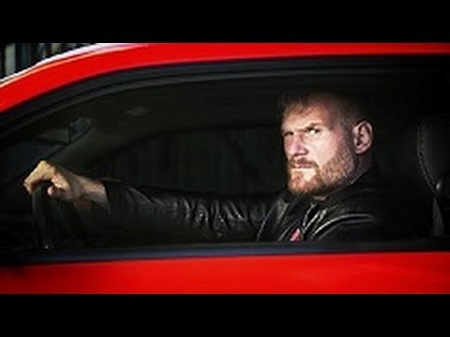 From his career, he earns more than thousands of dollars. In 2015 in the UFC Fight Night match against Nelson he earned $170K, $50K as Performance of Night Bonus and $10K from Reebok sponsorship.

Josh Barnett confirmed that he is not religious in an interview of the Steve Austin Show. He is the fan of the card game. He is also active in social media such as Facebook, Instagram, and Twitter. However, he is active on Instagram more than other social media.

Barnett is an unmarried and single man. He dated Colleen Schneider of the same profession. They were in a romantic relationship but the duo was separated citing irreconcilable differences. Barnett is single and he hasn’t dated any girl after a breakup.

Back in 2002, during his match in UFC 36, he failed the drug test which led to him being stripped from the UFC Heavyweight Championship title. Due to the positive drugs test, he made a re-licensure appeal to the California State Athletic Commission and CSAC postponed Barnett's appeal for three times.

He was postponed for first two times because his law firm needs additional information from a laboratory that conducted his test.

Barnett's attorney was not able to attend the hearing because of the travel problems, causing the third extension which would have taken place on 22 February 2010. But according to MMAjunkie.com on 21 February 2010 Barnett was in Japan for a professional wrestling match and he would return to the U.S. later that day.

Also, Barnett claimed that he was unaware that his presence was required but CSAC stated that they had notified him months before. Later he signed on with MMA organization Strikeforce.