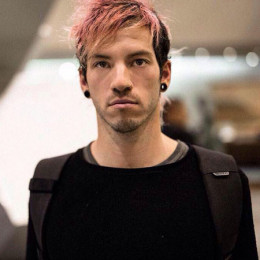 Joshua William Dun aka "Josh Dun" is the former live drummer for House of Heroes and drummer of Twenty One Pilots. He made his debut as a drummer joining at House of Heroes in the year March 2010. He has been actively working in the field of Music as a drummer since 2011. He is the label of Fueled by Ramen. Besides normal drum, he is very good at playing electronic drums as well.

Josh grew up with his siblings in Columbus. During the childhood, he learned to play the drum on his own. However, his parents would restrict him to play the music he was interested in which led to him asking people at the store for recommendations.

Josh has been active in the field of music as a drummer since 2010. He can play the usual drums as well as the electronic drums very well. Initially, Josh worked at Guitar Center for three years. He made his debut as a drummer when he joined House of Heroes in March 2010. 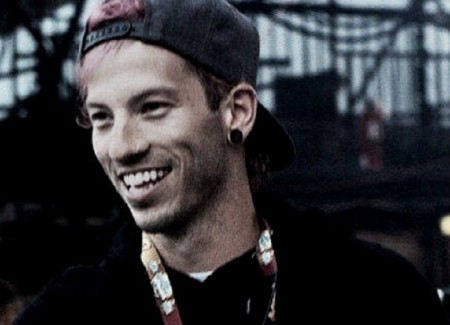 In 2011, Dun who previously worked temporarily for the band Twenty One Pilot left his job at Guitar Center in order to help the band’s lead singer Tyler Joseph in a show. Since then, Josh became the full-time member of the band.

The duo released the band’s second album Regional at Best in July 2011 and the third titled vessel in 2013. Their fourth album, Blurry face, was released on May 17, 2015.

Josh Dun's net worth is estimated to be $12.5 million. He makes his fortune through his career in music. He is well renowned for being a drummer for Twenty One Pilot. The band topped the charts with their smashing hit Stressed Out which received over one billion views. Josh's wealth is only expected to rise as he is at the peak of his career.

Moving on to his personal life, till now he hasn't married anyone and is single as well. A few years back he was in a relationship with a gorgeous actress named Debby Ryan who he began dating since May 2013.

However, due to some complications in their relationship, they decided to get apart and officially broke up in September 2014. It has been reported that he was very abusive and aggressive towards his girlfriend, which became the main reason for their breakup.

Meanwhile, Josh was also rumored to be dating singer Ashley Frangipane in 2015. However, he's definitely single as of 2018. In one of the interviews, Josh claimed he is in a place right now where he just wants to enjoy being single. He reckons he is involved in a field that has such a busy schedule, it's extremely difficult to be dating.

Dun further added, at some point, he believes he'll find the girl that will make it worthwhile of every hard work and effort. He then joked, he just dates drums right now.

Meanwhile, Josh is fond of tattoos. He has several of them on his body.

Check out the funniest moment of Josh Dun,