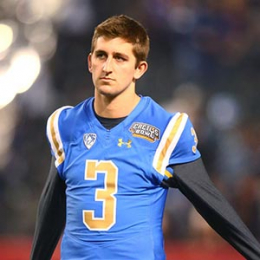 Miami Dolphin's quarterback, Josh Rosen makes a great career in the sports playing for some famous teams. He started his career during his time in college, and later went on to play professionally for Arizona Cardinals and currently for Miami Dolphins.

American footballer, Josh Rosen, 22, is currently thought to be in a delightful relationship with his girlfriend Zana Muno. Muno is a professional volleyball player playing for Bruin's women's volleyball team.

The couple started dating since 2013 when Rosen as just about 16 years old. They share a beautiful bond, however, they are yet to be married or engaged. Have a look at his picture with his beautiful girlfriend! 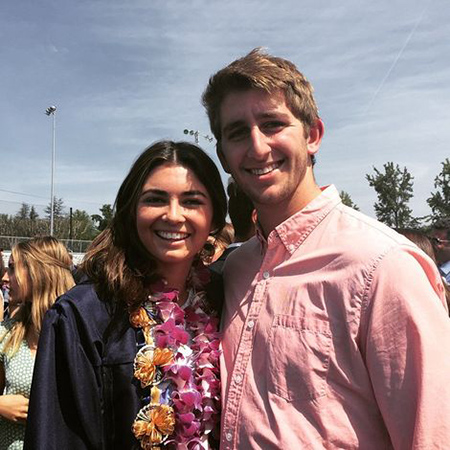 Josh is close to his mom Liz Lippincott, as he shares a lot of pictures with her on his Instagram. Check out his Instagram post where he takes his mom out to a restaurant for sushi!

#hugsfromhollyday Random act of kindness. Take mom out to sushi and tip a little extra AND WEAR PINK!!!

Josh looks pretty stable with his so-called girlfriend and rarely drops any information about his intimate life. He managed to stay out of any relationship troubles so far and it seems like the marriage is following soon.

Though Rosen is thought to be in a relationship with Muno, one of her posts on social media may shock all of her fans. She posted an image with her childhood friend named Spencer Wehrly.

should spence and i make a pact to get married if we’re single at 35? also hbd spence

Well, Rosen and Muno is yet to confirm what's actually going on between them!

One of the famous American footballers, Josh Rosen makes a net worth of around $15 million to $20 million. He is the finest quarterback who has played for teams like Miami Dolphins and Arizona Cardinals. 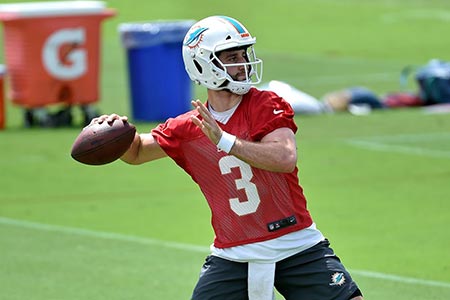 You May Like: Manny Machado Married, Children, Career, Net Worth

Rosen lives quite a lavishing life from what he makes playing football. He doesn't hesitate spending on fancy and luxurious products to fulfill his desires.

Born on February 10, 1997, in Manhattan Beach, California, Josh Rosen is a son of a spine surgeon Charles Rosen and a former journalist Liz Lippincott. He is of Jewish ethnicity and American nationality and holds a zodiac sign of Aquarius. 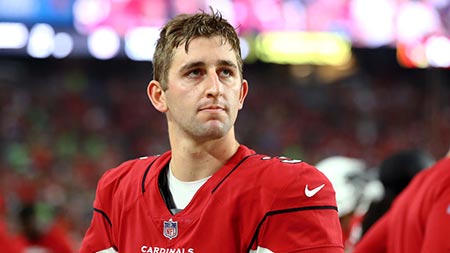 Growing up playing tennis, Rosen was a No. 1 ranked player for his age group, at the age of 12. His interest from tennis to football switched right after high school. He went to the University of California, Los Angelos for his education.

He started playing professionally from his college and played in a freshman year, sophomore year, and junior year, holding great stats. Famously, he played for Arizona Cardinals alongside Mike Glennon, and for Miami Dolphins with whom he is currently tied in a contract. Furthermore, it was rumored that the New York Giants would trade for Josh Rosen to make their path to the draft clear.

Earlier in April 2019, he congratulated Kyler Murray, an American football quarterback after the Cardinals drafted him with the No. 1 overall pick. He offered Murray a deal on his Old Town apartment and said,

"Kyler, one more thing. An awesome two-bedroom in Old Town just came onto the market so let me know if you're interested and I think I could get you a pretty good deal."

In addition to his Old Town apartment, he possesses a family home in Manhattan Beach, California.

Visit marriedwiki.com/wiki for more information on your favorite celebrities