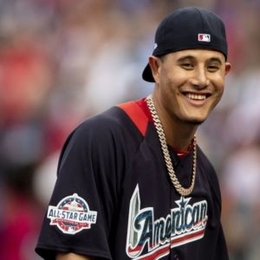 Manny Machado is the young star of Major League Baseball who is currently signed with 'San Diego Padres'. His ten-year contract with Padres has made history for him becoming one of the largest contracts in American sports history.

Is Manny Machado Married? Know More about His Wife, Children and Personal Life

Manny Machado is happily married to Yainee Alonso since December 6, 2018. The wedding took place in Paris, France among friends and families.

Happy Anniversary to my dearest!!!!! You will always make my heart skip a beat I love you!

Machado's spouse Yainee is the sister of baseball player Yonder Alonso who plays for Chicago White Sox. Yonder who is a close friend of Machado asked him if he will date his sister Yainee.

Yonder's wish was fulfilled as Machado and Yainee started dating soon and got engaged in February 2013 at a beach ceremony. At the time of engagement, Machado was just 20 years old and Yainee was 23.

The young couple is currently enjoying their married life and no news about children is available as of now.

How Much is Manny Machado Net-worth? Know more about his Contracts and Earnings, Salary

Machado who is just 26 years old boasts an impressive overall net worth of $50 million which he earned through his contracts with Major League Baseball teams.

Machado who is considered as one of the best overall players in baseball signed a historic deal with San Diego Padres in 2019. The historic deal consists of $300 million for ten years which is the largest contracts in baseball history of North American sports at the time. With this deal, Machado will earn $30 million a year and will become one of the ten highest paid athletes on the planet.

Manny Machado was born on July 6, 1992, in Hialeah, Florida, the USA  to mother Rosa Machado. There is not much information about his father's whereabouts and it is reported that he and his sister Yasmine Nunez was single-handedly raised by his mother with help from his grandfather Francisco Nunez and uncle Geovanny Brito. He consists of Dominican ancestry and identifies himself as Dominican-American. 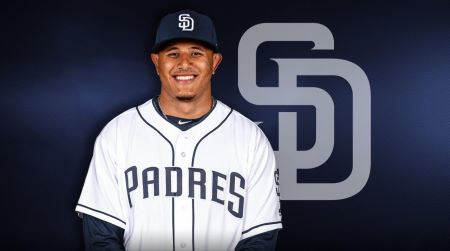 Machado graduated from Brito Miami Private School in Miami and also attended Florida International University. His talents were recognized early and he was recruited by Baltimore Orioles in his high school years.

Machado remained in Orioles for six years, then moved to Los Angeles Dodgers in 2018 and is currently in San Diego Padres as Third baseman and shortstop.

Yainee Alonso is the sister of Baseball player Yonder Alonso. he was the one who encouraged Machado and Alonso to date.