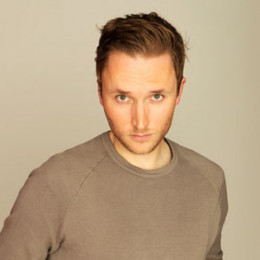 The Gemini Award winner Canadian actor, Joshua Close is well known for his amazing works in the TV series, The Unusuals in which he played the role of Det. Henry Cole. Besides series, he is also well known from his movies like Emily Rose and Full of IT. Close is married to his longtime girlfriend, Alex McKenna.

Joshua Close was born on 31st August 1981 in Oakville, Ontario, Canada. He is a Canadian and belongs to White ethnicity. His birth sign is Virgo.

Close was interested in acting right from his early age so joined a local theater group during his high school (Ridge High School) and started acting in different plays. Moreover, he studied sociology at Ryerson University before pursuing the career in acting.

To sharpen his acting skills, he joined the Circle in the Square Theater School in New York and eventually got his first job as a dancer for the Boomtang Boys. Continuing dancing, he also involved in acting as well. Furthermore, appeared in the two movies in the same year, 2002 like K-19: The Widowmaker and Evelyn: The Cutest Evil Dead Girl.

After that, he started working in many of the movies as well as series and started flourishing his acting skills. His 2008 movie, Diary of the Dead directed by George A. Romero made with the budget of $2 million collected $5.3 million in the box office.

Some of his acting venture includes Person of Interest, 12 Monkeys, Kill the Messenger, In Their Skin, The Dead Sleep and much more.

Close married his longtime girlfriend, Alex McKenna at Calistoga Ranch, an Auberge Resort in August 2016. The ceremony was managed by the orange blossom special event grandly. Both the bride and the groom were looking stunning during their wedding as the bride was dressed in a lace gown and groom in a black suit.

The pair were in a relationship for almost for 5-6 years before officially being husband and wife.

The actor who worked in the numerous movies and TV series might have an estimated net worth in million which helped him to maintain his high profile life. His posts and pictures in the social media show that he along with his wife is living a lavish life. They often visit many beautiful and eye-catching destination.

Joshua Close married his longtime girlfriend, Alex McKenna in August 2016 in a well-organized ceremony at Calistoga Ranch, an Auberge Resort.