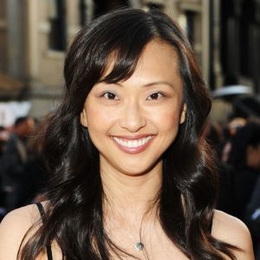 Being an Asian-American actress Joy Osmanski faced several challenges on her road to glory. But she did not lose heart and hanged in there, which ultimately benefitted her. Joy is famous for 'The Loop,' 'Samantha Who?' 'True Jackson, VP,' 'Devious,' etc.

The talented star is currently in matrimony with American actor Corey Brill. She walked down the aisle with her husband in 2009. 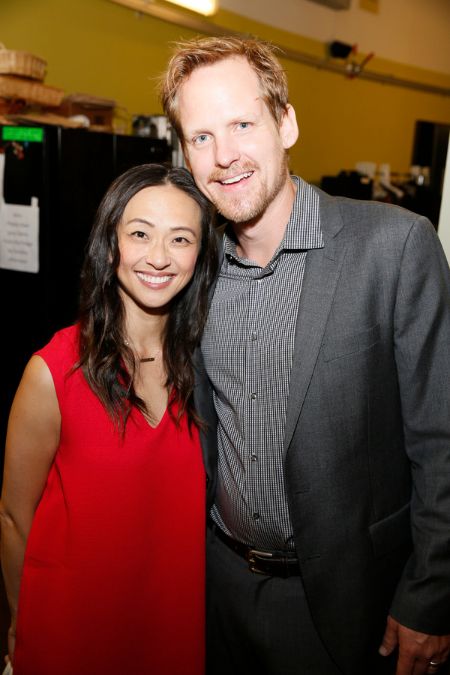 It has been exactly ten years since they became wedded and became one. As the years go by, the pair's intimacy and affection for one another seems to keep growing even more. Let's hope they maintain the same level of love for the next decade and many more!

The couple do not share a child of their own, but they have an adopted son whom they took in on a mutual agreement. The celebrity duo adopted their kid in 2016. 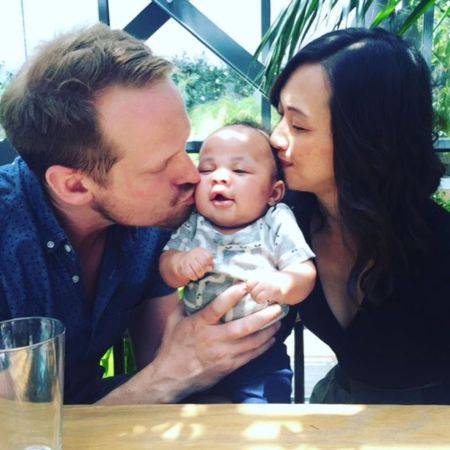 Joy Osmanski and her spouse Corey Brill with their baby. SOURCE: Catapult

As an adoptee herself, we can see why the lady chose to do so. Currently, the family of three lives a happy life in downtown Los Angeles.

Already Married In The Past!

The Korean born actress's marriage with her partner was not the first one it seems, as she had already exchanged wedding vows with someone before.

The "Devious Maids" star was in nuptial for about ten years, from 1997-2007 with her partner whose identity remains a secret. She refrains speaking about her past relationship, and until, and unless she spills the beans, it will remain a mystery to all.

Net Worth And Earnings From Career

The actress has a net worth of $3 million from her successful and flourishing career in the acting industry. On average, the salary of an actor in the US is $39.84 per hour and $50,235 in a year.

In the same manner, Joy also performed as the leading character as Darcy in "The Loop." The sitcom series starred other actors like Bret Harrison, Eric Christian Olsen, Philip Baker Hall, Mimi Rogers, and Amanda Loncar.

Keep in touch with Married Wiki for more Biography and News!!

Joy Osmanski is married with her spouse Corey Brill. Her partner Corey is an American actor known for movies such as Shotgun Wedding and Oil Change.

Joy Osmanski was in wedding vows with an unknown man in the past. She was in nuptial from 1997 to 2007.

Joy Osmanski and her companion Corey Brill share a son whom they adopted in 2016.