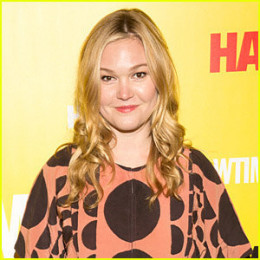 Born and raised in New York City, Julia Stiles is one of the finest Hollywood actresses. She started acting at the age of 11 and mad her screen debut in the TV series, Ghostwriter (1993–1994). Since then she featured in numbers of movies and TV series.

Julia Stiles is happily married to her longtime boyfriend, Preston J. Cook in 2017. The duo shares a son, Strummer Newcomb, on October 20, 2017.

Previously, Stiles linked up with several men from Hollywood. She first dated an actor Joseph Gordon-Levitt in 1999 and the same year she rumored to have an affair with Josh Hartnett.

After breaking up with Hall, she dated an actor David Harbour in 2011 and broke up their relationship in 2015.

Julia Stiles holds an estimated net worth of $16 million.

Julia Stiles was born on March 28, 1981, in New York, the USA under the birth sign of Aries. She is a daughter of a potter, Judith Newcomb and a businessman, John O'Hara.

She graduated from Columbia University with a degree in English literature.

Julia started her acting career at the age of 11, performing with New York's La MaMa Theatre Company. She has also appeared in the video for Cyndi Lauper's single, "Sally's Pigeons", in 1993.

Julia Stiles has received a nomination for the Golden Globe Award in a category of Best Supporting Actress – Series, Miniseries or Television Film. Stiles has worked for Habitat for Humanity.